Dominic Sandoval net worth: Dominic Sandoval is an American dancer, rapper, and YouTube personality who has a net worth of $1 million. Dominic Sandoval was born in Roseville, California in October 1985. He is known for being a contestant on the reality television series So You Think You Can Dance and for winning the reality TV series America's Best Dance Crew as a part of Quest Crew.

Sandoval went on to become a judge on the series America's Best Dance Crew. He was a background dancer in the music video "Ready to Go (Get Me Out of My Mind)" by Panic! At This Disco. Sandoval has also hosted the web series Dance Showdown and was a guest judge on Internet Icon. He is a member of the music group YTF Legacy. His YouTube accounts are RANDOMinicSHOW and the DOMINICshow. Sandoval has starred in the movies Alvin and the Chipmunks: The Squeakquel, Battle of the Year, Everything Before Us, and Smosh: The Movie. He also starred as A.C. Slater in the 2013 short Saved by the Bell: The Movie. 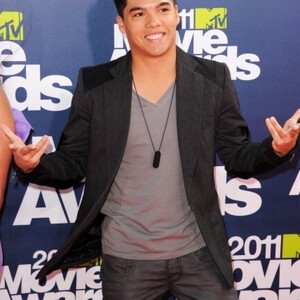