How much is Doc Brown Worth?

Doc Brown net worth: Doc Brown is an English rapper, comedian, actor, screenwriter, voice artist, and radio presenter who has a net worth of $6 million. Doc Brown was born in Kilburn, London, England, United Kingdom in September 1977. He provided the voice of Budge in the television series Big Babies in 2010. In 2012 Brown starred as Tyrone in the TV series Hunted. In 2014 he starred as Joe Hawkins on the series Law & Order: UK. Brown provided the voice of Michael Tanner in the television series Strange Hill High from 2013 to 2014. From 2012 to 2015 he starred as Nathan in the TV series 4 O'Clock Club. In 2016 he starred as Johnny in the series Brief Encounters. As a rapper Brown has released the albums Poisonous Poetry (with Poisonous Poets) in 2003, Citizen Smith: Volume One in 2004, The Document in 2005, Citizen Smith: Volume Two in 2006, and Another Way in 2008. He also authored the picture book I Am Bear in 2016. In 2017, he played the role of Dom Johnson on the Netflix movie "Life on the Road" which co-starred Ricky Gervais as David Brent, his famous role from The Office. 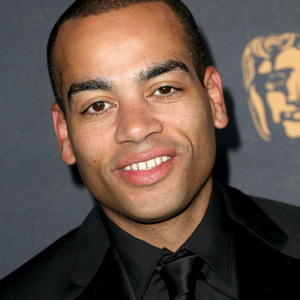