Deidra Roper, better known as DJ Spinderella, has an estimated net worth of $10 million. The DJ and rapper net worth went through the roof, by making a third of the all-girl hip-hop group Salt 'N' Pepa. Auditions were set to replace DJ Latoya Hanson and hundreds came to fill that DJ role. Deidra hit the jackpot when she was handpicked to become part of an all female rap act, beating TV personality Wendy Williams to the position. Only sixteen at the time, Deidra took on the stage name Spinderella around the time the group was releasing their first album. There was a setback- Since she was a minor at the time, Deidra needed her parents' permission to tour around the country. With her parents blessing, Salt 'N' Pepa went on to become the biggest female rap group of all time, selling over 15 million albums and singles worldwide and at least six singles were certified gold or platinum.

Deidra wasn't just spinning a couple of record decks; she also produced several award-winning songs for the group's albums. In the late nineties, Deidra opened a beauty salon, around the same time Salt 'N' Pepper produced the final album, Brand New. After the release of Brand New, Deidra was all set to release a solo album under Salt 'N' Pepper's label Red Ant – but the record label folded. Like all good things, Salt 'N' Pepa came to an end in 2002.

Since the disbandment of the group, The 40 year old co-hosted TheBlackSpin, a weekly radio show featuring old school hip-hop, on the now defunct KKBT 100.3. From 2007, Deidra was a regular on VH1's The Salt 'N' Pepa Show, which gives a well-documented account of the trio's life after being part of the biggest female rap act. The reality TV show ended the following year (2008). Deidra now works for TX for Radio One Inc and occasionally DJs at clubs events across the US. 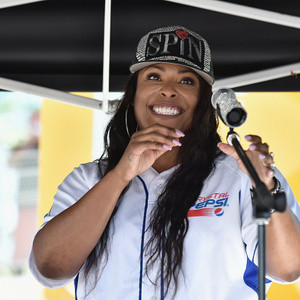