What is DJ Paul's Net Worth?

DJ Paul is a DJ, rapper, and record producer who has a net worth of $10 million. DJ Paul is best known as one of the founding members of the hip hop group Three 6 Mafia. With the group, he released such hit albums as "When the Smoke Clears: Sixty 6, Sixty 1," "Da Unbreakables," and "Most Known Unknown," and won an Oscar for the song "It's Hard out Here for a Pimp." Additionally, Paul has released solo albums and created movie soundtracks.

DJ Paul, whose real name is Paul Duane Beauregard, was born on January 12, 1977 in Memphis, Tennessee. He began his career at the age of 11, working as a DJ at the local club 380 Beale. In 1989, Paul formed the duo the Serial Killaz with his brother Ricky T. Dunigan, known by his stage name Lord Infamous. Lacking equipment, the pair rented the studio of the local DJ Just Born. The Serial Killaz went on to release self-recorded tapes in their neighborhood and school, with their first, "Portrait of a Serial Killa," coming out in 1992. Following this, the duo released a self-titled tape, and two parts of "Come with Me 2 Hell."

Eventually, Paul purchased studio equipment, and began making mixtapes and selling them at his high school. Additionally, he released several solo tapes. Paul went on to achieve recognition as a DJ and producer in Memphis, and was introduced to fellow up-and-coming star producer Juicy J.

With Juicy J and Lord Infamous, Paul formed the Backyard Posse, which would soon become the hip hop group Triple Six Mafia. In 1994, the group was joined by Koopsta Knicca, and released the album "Smoked Out Loced Out." After acquiring two more members, Crunchy Black and Gangsta Boo, the group changed its name to Three 6 Mafia. In 1995, they released their debut studio album, entitled "Mystic Stylez." A significant hit, the album led to the group's signing with Relativity Records. Following two variably successful albums, Three 6 Mafia had their commercial breakthrough in 2000 with "When the Smoke Clears: Sixty 6, Sixty 1," which debuted at number six on the Billboard 200. More success came with 2003's "Da Unbreakables" and 2005's "Most Known Unknown," both of which cracked the top five of the Billboard 200. Three 6 Mafia also created the soundtracks for the films "Choices" and "Choices II: The Setup."

Three 6 Mafia had one of their most notable achievements in 2006, when they won the Academy Award for Best Original Song for "It's Hard out Here for a Pimp," written for the film "Hustle & Flow." Following this, Crunchy Black left the group, leaving only Paul and Juicy J. They subsequently released the album "Last 2 Walk" in 2008. 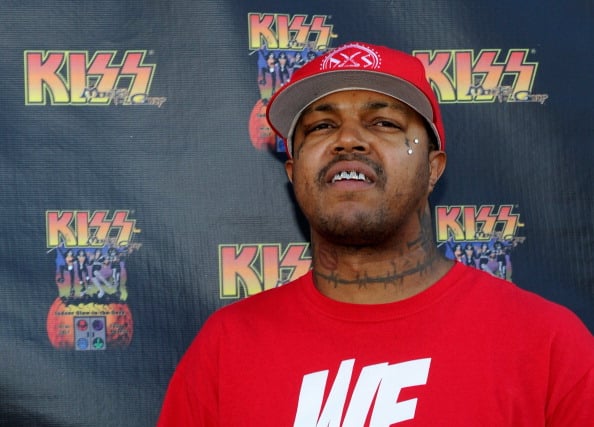 As a solo artist, Paul released his debut album, "Underground Volume 16: For da Summa," in 2002; the majority of its songs were originally featured on his 1994 mixtape "Underground Volume 16: 4 Da Summa of '94." Later, in 2009, Paul released his first mixtape since the early 90s, called "The Weigh In." He followed this a few months later with his second solo album, "Scale-A-Thon," which he released through his newly founded label Scale-A-Thon Entertainment. Paul subsequently released another mixtape, called "Too Kill Again," and collaborated with rapper Ya Boy and producer Lil Lody on the mixtape "Pray For Forgiveness."

In 2012, Paul released his third solo album, "A Person of Interest"; it included a bonus DVD, a short movie, music videos, and behind-the-scenes footage. Subsequent albums have included "Volume 16: The Original Masters," "Master of Evil," "YOTS: Year of the Six," "Underground Volume 17: For da Summa," and "Power, Pleasure & Painful Things."

Paul decided to focus on his work as a DJ in early 2013, and created the DJ duo S.I.M. (Sex is Mandatory). Later in the year, he reunited with his former colleagues Crunchy Black, Gangsta Boo, and Koopsta Knicca to form the group Da Mafia 6ix; they released their first mixtape, called "6ix Commandments," in November. The mixtape featured such artists as Krayzie Bone, Bizzy Bone, Lil Wyte, and La Chat.

Other Media and Business Endeavors

On television, Paul and Juicy J starred on the 2007 reality program "Adventures in Hollywood," which documented Three 6 Mafia's move to Hollywood following their Academy Award win. A few years later, Paul competed on the cooking competition series "Famous Food," and went on to win first place. Among his other television credits, he appeared in a 2014 episode of "Celebrity Wife Swap" alongside his fiancée Majda Baltic. He also made appearances in the films "Jackass Number Two," "Jackass 2.5," and "Jackass Forever."

On the business side of things, Paul and Juicy J started their own fashion line in 2007 called Dangerus/Skandulus, which offers hats, T-shirts, stickers, and various accessories. In 2012, Paul launched a collection of BBQ seasonings, and the next year, became the official spokesperson for a new, legal version of the recreational drug beverage lean.

Paul experienced a major loss in December of 2013, when his brother and Three 6 Mafia colleague Lord Infamous died from a heart attack.

For a time, Paul was engaged to Majda Baltic, whom he had met at the airport in Salt Lake City, Oklahoma. The pair called off their engagement after appearing on the reality television show "Celebrity Wife Swap." 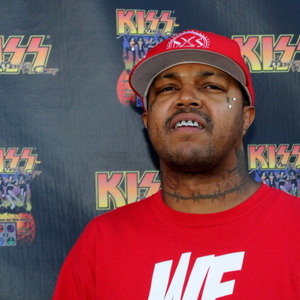