How much is Dizzee Rascal Worth?

Dizzee Rascal Net Worth: Dizzee Rascal is an English musician and record producer who has a net worth of $3.5 million dollars. Born Dylan Kwabena Mills in 1985, Dizzee Rascal got his start in Bow, East London, England. He started playing with music on a school computer and attended a workshop at Tower Hamlets Summer University. Rascal began working as an amateur DJ and produced his own debut single, "I Luv U", when he was 16 years old. He won Best Newcomer MC at the Sidewinder Awards that same year and earned a spot as a judge on "Must Be The Music" on Sky1. He released his debut solo album, "Boy in da Corner", in 2003, and it climbed to number 23 on the U.K. charts. While on tour with his group, the Roll Deep Crow, Rascal was stabbed multiple times in Ayia Napa. He continued to work on his music, and his follow-up single, "Fix Up, Look Sharp," broke into the top 20 in the U.K. His debut album went on to win Best Album of 2003 with a Mercury Prize, the youngest person to ever win the honors. A year later, he released his follow-up album, "Showtime", which debuted in the top ten. Since 2003, Rascal has dropped five studio albums as of 2014, including 2007's "Maths + English", 2009's "Tongue n' Cheek", and 2013's "The Fifth". "Tongue n' Cheek" went platinum after its release. Rascal was nominated for two more Mercury Prizes, won Best Male at the 2009 Urban Music Awards, and Best International Act at the 2010 BET Awards. He can be heard rapping two lines on the Band Aid 20 re-make of the Christmas song, "Do They Know It's Christmas?". He owns his own record label, Dirtee Stank. Several of his songs are featured in video games, including "Fix Up, Look Sharp" in "DJ Hero" and "Bonkers" in "Need for Speed: Nitro". 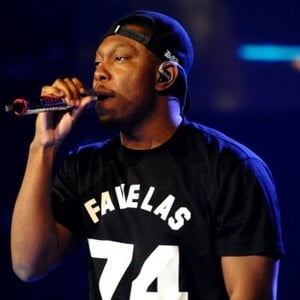