Diggy Simmons net worthL Diggy Simmons, best known for being Rev Run's son, has a net worth of $3.75 Million. Originally making his television debut on the MTV show "Run's House", as only a young kid, he has grown on, especially financially. His real name is Daniel Dwayne Simmons III, but everyone, including his friends call him Diggy. Originally releasing a series of mixtapes to test the waters, he is now turning into a full fledged hip hop artist… Certainly having Rev Run as a father doesn't hurt. His single "Made you Look" got the attention of Atlantic Records, who signed him up. A big spot that gave him a lot of national attention was an AT&T commercial, that starred him and played his song, "Great Expectations." Since then he has started to collaborate on bigger projects and we are sure to hear much more from him in the future. 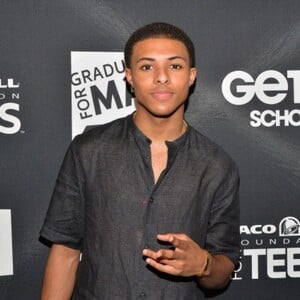