Daniel Dumile net worth: Daniel Dumile was a British-American hip hop artist who had a net worth of $1 million at the time of his death. He was best known for his super villain stage persona as MF Doom (Metal Face Doom). MF Doom died on October 31, 2020 at the age of 49.

Daniel Dumile was born in London, England in January 1971. Dumile formed the group KMD in 1988 and they signed to Elektra Records. The group released the albums Mr. Hood in 1991 and Black Bastards in 2001. Dumile released his debut solo studio album Operation: Doomsday in 1999. He would go on to release the albums Take Me to Your Leader in 2003 as King Geedorah, Vaudeville Villain in 2003 as Viktor Vaughn, Madvillainy in 2004 with Madlib as Madvillain, Venomous Villain in 2004 as Viktor Vaughn, Mm.. Food in 2004, The Mouse and the Mask in 2005 with Danger Mouse as Dangerdoom, Born Like This in 2009 as Doom, Key to the Kuffs in 2012 with Jneiro Jarel as JJ Doom, and NehruvianDOOM in 2014 with Bishop Nehru as NehruvianDOOM. He has also released 10 volumes of the instrumental albums Special Herbs. He has sent imposters to perform on his behalf since he lost weight and looked different. 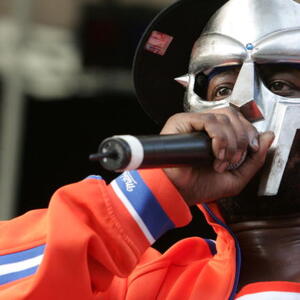