How much is Da Brat Worth?

Da Brat net worth: Da Brat is an American rapper and actress who has a net worth of $3 million. Da Brat is one of the first female MCs to hit the hip-hop scene during the '90s. Her debut album, Funkdafied, sold one million copies in 2004 making her the first female rapper to have a platinum-selling album. The Chicago-native was born Shawntae Harris in 1974, and first started rapping at the age of eleven. Da Brat was still in her teens when producer Jermaine Dupri discovered her in 1992, as she came out a winner in an amateur rap contest. Under Dupri's production was released her album Funkdafied that enjoyed platinum success, going to number two on the R&B charts and spending nearly three months on top of the rap singles chart. For her 1996 follow-up album, Anuthatantrum, Da Brat took a greater control of her music and persona, making it another commercial success. With hits Sittin' on Top of the World and Ghetto Love, she got back to the R&B Top Five and pop Top 20. Concurrently, she made high-profile cameo appearances on records by the likes of Mariah Carey, Missy Eliot, Dru Hill, and Lil' Kim, among others. Next, she released her third album titled Unrestricted in the spring of 2000, in which she donned sexier looks. The album became not only her second R&B chart-topper, but also her biggest album on the pop charts to date, making a climb into the Top Five. Furthermore, Da Brat enjoyed hits with her singles That's What I'm Looking For and What'Chu Like. In addition to rapping, she also dipped her toe into acting with her film debut in the Shaquille O'Neal comedy Kazaam in 1996. While six years later, she returned to the big screen in Mariah Carey's ill-fated film Glitter. 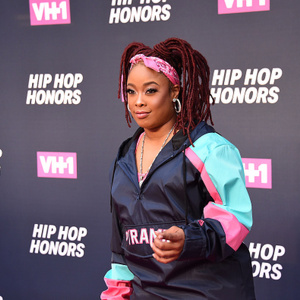