Curren$y Net Worth: Curren$y is an American rapper who has a net worth of $3 million. Curren$y was born in 1981 in New Orleans, Louisiana, as Shante Scott Franklin. Curren$y joined the 504 Boyz in 2002. He went on to appear on several songs on Master P's "Good Side, Bad Side" album and worked with Lil Wayne on a handful of tracks.

Curren$y's first mixtape, "Welcome Back", released two years later in 2004. He continued to release mixtapes before dropping his debut album, "This Ain't No Mixtape", in 2009 with Amalgam Digital. Curren$y quickly released his follow-up effort, "Jet Files", later the same year. In 2010, Curren$y recorded and released "Pilot Talk", this third studio album, which had appearances from Big K.R.I.T. and Snoop Dogg. He continued the trend of releasing two albums per year, dropping "Pilot Talk II" just before Thanksgiving. He switched to Warner Bros. Records for his fifth studio album, "Covert Coup". A year later, he released "Muscle Car Chronicles", a collaborative effort with Sean O'Connell. Between 2009 and 2012, Curren$y has released six studio albums with "Pilot Talk III" currently slated for recording. He created his own label, Jet Life Recordings, in 2011. He's worked with artists such as Trademark Da Skydiver, Smoke DZA, Fiend, and Mr. Marcelo. 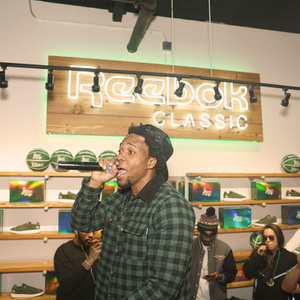