Cuban Doll net worth: Cuban Doll is an American rapper and social media personality who has a net worth of $1 million. Cuban Doll was born in Dallas, Texas in May 1998. Her Instagram account Cubanndasavage is how she first became popular but she has now gained 1.5 million followers and is also popular on Twitter and YouTube as well.

Her single "Rat B*tch" was released in 2017 and had 30 thousand views in just one day. Cuban Doll's real name is Aaliyah Keef. Her debut mixtape was titled Cuban Link and then she released a mixtape with her real name as the title. Her breakout song "Bankrupt" has had more than three million views on YouTube. 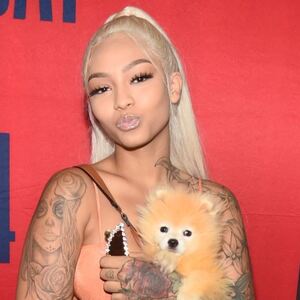