Crooked I Net Worth

in Richest Celebrities › Rappers
Crooked I Net Worth:
$3 Million

Crooked I net worth: Crooked I is an American rapper who has a net worth of $3 million dollars. Born in Long Beach, California, Crooked I, also known as Dominick Wickliffe, began rapping and recording under his own label in California during his senior year of high school. His recordings caught the attention of Noo Trybe/Virgin Records, and he signed his first deal with them in 1995.

He appeared on multiple soundtracks and various collaborations while signed with Noo Trybe, but when the label was dissolved, he found himself floating. After attempting to become part owner of DPG Records, and ultimately turning down an offer from Dr. Dre, he started his own label, Dynasty Records in 2004. He ran into legal troubles with some of his songs, and was not able to release any albums under his label until 2006. In 2007, he launched his "Hip-Hop Weekly" series, and quickly became an internet sensation. He has since gone on to release a number of EPs, and is currently recording with the supergroup, Slaughterhouse. 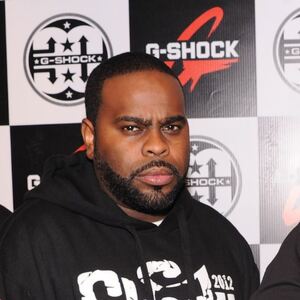