What is Craig David's Net Worth?

Craig David is an English singer-songwriter who has a net worth of $18 million. Craig David became an instant success after the release of his debut album, "Born To Do It" in 2000. He has since released several more successful albums and won numerous awards. In a 2009 poll, conducted by MTV UK, his debut album was chosen as the 2nd Greatest Album Ever behind Michael Jackson's "Thriller". David has released seven studio albums and has been nominated for two Grammy Awards and 12 Brit Awards. His other hits include "7 Days", "Walking Away", "What's Your Flava?", "Hidden Agenda", and "Rise & Fall".

Craig Ashley David was born in Southampton, Hampshire, England on May 5, 1981. His mother Tina was a retail assistant at Superdrug. His father George David was a carpenter and played bass in a reggae band called Ebony Rockers. David would attend dance clubs with his father and the DJs would let him get on the microphone. His parents separated when David was eight and then he was raised by his mother. David attended Bellemoor School and Southampton City College.

He worked a B-side for the group Damage and provided vocals for Artful Dodger, whose song "Re-Rewind (The Crowd Say Bo Selecta)" hit #2 on the UK charts. David signed with Wildstar Records and reached #1 with his first solo single "Fill Me In" off his 2000 debut album Born to Do It. The album has sold 8 million copies worldwide and went multi-Platinum in over 20 countries. "Fill Me In" was the first of a string of four top ten singles from the album. The album was released in the United States in 2001 and made it to #11 on the Billboard 200 and sold over 1 million copies. MTV viewers voted the album Born to Do It as the #2 Greatest Album of All-Time in 2009. The song "Key to My Heart" was featured in the animated film "Osmosis Jones."  The single "7 Days" was also a top ten in the United States but "Walking Away," which enjoyed immense success in the UK and Australia, failed to make it to the top 40 in the states.

David released his sophomore effort "Stickier Than Average" in 2002. The first four singles from the album continued David's streak of top ten UK hits. However, none of the singles charted in the U.S. David has commented that the album title could be looked at in two different ways: "On the one hand, it's coming across like I'm arrogant. On the other hand, it's saying I have a lot more composure on the album." The album was leaked to the internet unofficially before its release.

In November 2008, David released his first greatest hits album, along with two singles to promote the album: "Where's Your Love" and "Insomnia." He re-recorded "Walking Away" for the album with four different artists. "Greatest Hits" debuted at No. 48 on the UK Albums chart. David subsequently toured Russia, the Far East, and Los Angeles in support of the album from February to April 2009. In 2010, the first single titled "One More Lie: Standing in the Shadows" from David's fifth album "Signed, Sealed, Delivered" dropped. It reached No. 76 on the charts and the album, released on March 29, 2010, entered the UK chart at No. 13. Another notable single from the album includes "All Alone Tonight (Stop, Look, Listen)." 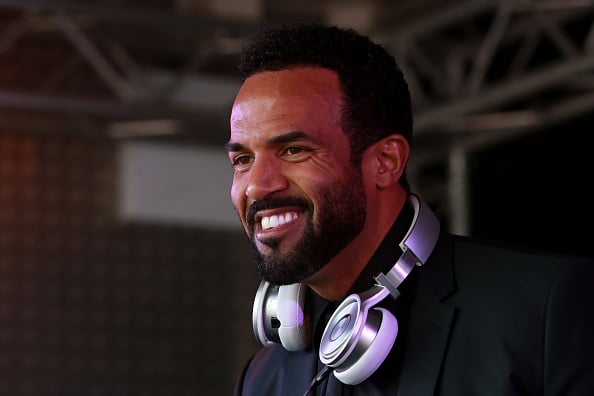 David announced via Twitter in January 2013 that he had signed a publishing deal with Universal Music Publishing Group. In March of that year, he embarked on a world tour across Australia, Europe, and England. David released two teaser tracks in 2014: "Cold" and "Seduction." In 2016 he signed with Insanity Records and performed at the Ultra Music Festival. In September of that year, he released his sixth studio album "Following My Intuition," which debuted at No. 1 on the UK Albums Chart, officially making it his first number one album since his debut in 2000.

David announced the release of his seventh album "The Time Is Now" in September 2017. He released the album in January 2018 with the lead single "Heartline" and the second single "I Know You," featuring Bastille. The latter single peaked at No. 5, which was his highest charting single since 2005's "Don't Love You No More." The album debuted at No. 2 on the UK Albums Chart. David released a new single in May 2019 called "When You Know What Love Is" and made a cameo on reality show Love Island later that summer. He released his next UK single "Do You Miss Me Much" on August 23, 2019. David was announced on the Queen's New Year Honours list to receive an MBE in recognition for his contributions to UK music on December 30th, 2020. Colin Lester, David's manager, was awarded an OBE for his services to charity and the music industry. Craig's next project, "22," is slated to be released sometime in 2022.

In 2010 he was appointed by the World Health Organization as a Goodwill Ambassador against tuberculosis. Within this role he traveled to South Africa in order to learn more about the disease and met survivors of the disease, as well as scientists devoted to fighting tuberculosis.

In his personal life, David is a supporter of his hometown football team Southampton F.C.

He was linked romantically to actress Sofia Vergara in 2003, but has reportedly been single for most of his career and focused on his music. 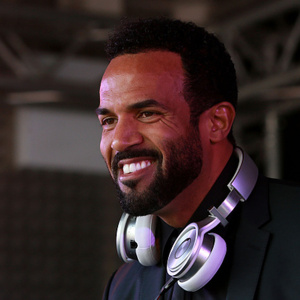