What is Coolio's Net Worth?

Coolio is a Grammy-winning American rapper and actor who has a net worth of $1.5 million. Coolio has been an icon in pop culture since 1994, when his debut single, "Fantastic Voyage," was released. It became an instant hit, as did his 1995 single "Gangsta's Paradise," which reached #1 in 10 countries. Coolio has released eight studio albums, featuring hit singles such as "Too Hot" and "C U When U Get There" (featuring 40 Thevz), and he has sold over 70 million records. He has more than 70 film and television credits to his name, including "Judgment Day" (1999), "Leprechaun in the Hood" (2000), and "Three Days to Vegas" (2007). In 2009, he released a cookbook, "Cookin' with Coolio: 5 Star Meals at a 1 Star Price."

Coolio was born Artis Leon Ivey Jr. on August 1, 1963, in Compton, California. His mother, Jackie, worked at a factory, and his father, Artis Sr., was a carpenter; they divorced when Coolio was 11 years old. As a child, he often had to stay inside due to asthma attacks, so he spent much of his time reading. Coolio had a hard time coping with his parents' divorce, and he joined a gang called the Baby Crips and began bringing weapons to school as a teenager. At age 17, he spent a few months in prison after being charged with larceny. Coolio attended Compton Community College and began participating in the local hip-hop scene, competing in contests as "Coolio Iglesias," which led to him being regularly featured on Los Angeles radio station KDAY. A drug addiction was hindering his music career, so he checked himself into a rehabilitation facility. Coolio worked several jobs while pursuing his rap career after rehab, including firefighter and airport security.

Coolio recorded the singles "Whatcha Gonna Do?" and "What Makes You Dance (Force Groove)" in the late 1980s, and in 1991, he joined the group WC and the Maad Circle, who released the album "Ain't a Damn Thang Changed" later that year. He was signed by Tommy Boy Records in 1994, and his first solo album, "It Takes a Thief," was released in July of that year. The album went Platinum in the U.S. and Gold in Canada, and the single "Fantastic Voyage" was certified 2x Platinum by the RIAA and reached #3 on the "Billboard" Hot 100 chart. In 1995, Coolio and R&B artist LV recorded the song "Gangsta's Paradise" for the film "Dangerous Minds." The song was 1995's best-selling single on the "Billboard" Hot 100, won Coolio a Grammy, and was included on "Billboard's" Greatest Songs of All-Time list as well as VH1's 100 Greatest Songs of Hip Hop and "NME" magazine's 100 Best Songs Of The 1990s list. 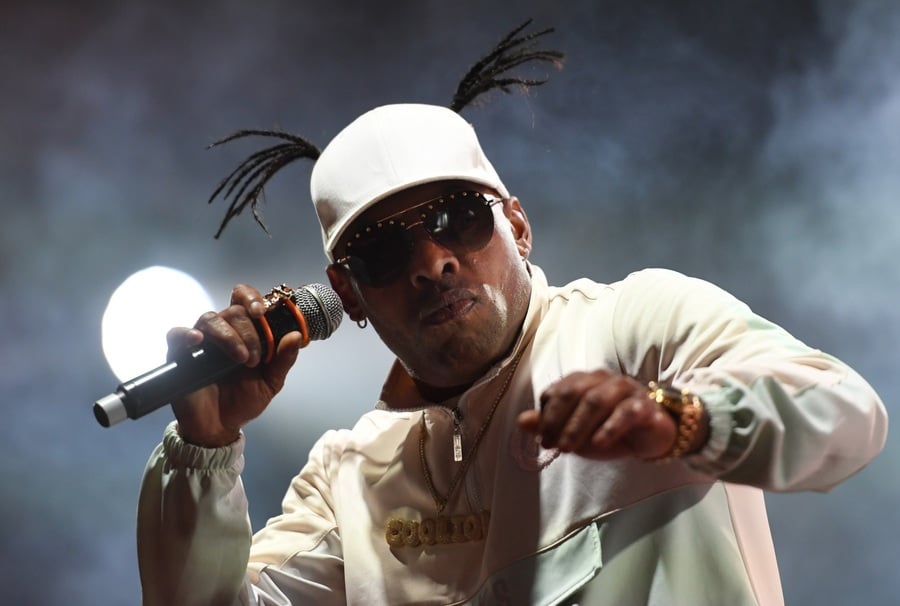 Coolio was married to Josefa Salinas from 1996 to 2000, and he has six children with four different women. He has served as a spokesperson for Environmental Justice and Climate Change (along with saxophonist Jarez) and the Asthma and Allergy Foundation of America.

In 2013, a federal court entered a default judgment against Coolio after he was sued by a woman for jumping on her back and bull-riding her. Later that same year, Coolio was charged with misdemeanor domestic battery after he was accused of punching his girlfriend of three years in the face during an argument that erupted after he brought another woman home.

In 1998, he was sentenced to six months' probation and ordered to pay a $17,000 fine after he allegedly punched a store owner after she tried to prevent Coolio and his band from stealing clothing worth nearly $1,000. He was sentenced to probation again in 2016 after TSA agents at Los Angeles International Airport (the airport Coolio once worked at) found a loaded gun in his carry-on bag.

Coolio has earned six Grammy nominations, winning Best Rap Solo Performance for "Gangsta's Paradise" in 1996. That year, he also won an American Music Award for Favorite Rap/Hip Hop Artist, and he was nominated for the honor again in 1997. Coolio has also been nominated for six MTV Video Music Awards, winning three in 1996: Best Rap Video and Best Video from a Film for "Gangsta's Paradise" and Best Dance Video for "1, 2, 3, 4 (Sumpin' New)". 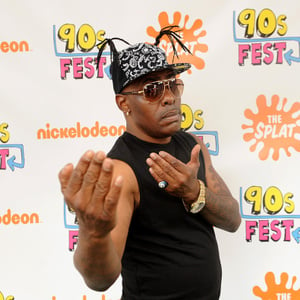