Consequence net worth: Consequence is an American hip hop recording artist who has a net worth of $2 million. Consequence was born in Queens, New York City, New York in June 1977. At 19 years old he made his debut on the album Beats, Rhymes, and Life by A Tribe Called Quest in 1996.

He appeared on the album with his cousin, fellow rapper Q-Tip. Consequence signed a deal with Elektra Records but his album was never released before the label closed. He released his debut mix tape Take 'Em To The Cleaners in 2004 and has released a total of 10 mix tapes. Consequence's debut studio album Don't Quit Your Day Job! was released in 2007 on GOOD and Columbia records. The album reached #1 on the U.S. Heatseekers chart as well as #10 on the U.S. Independent chart and #12 on the U.S. Rap chart. His second album Start Your Own Business is scheduled to be released in 2015. His best known single is "Whatever You Want" (featuring Kanye West and John Legend). Consequence was featured on the successful single "Gone" by Kanye West in 2005 and has also worked with Common, Talib Kweli, Beyonce, and Kid Cudi. 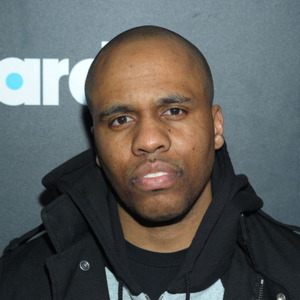