Common Net Worth: Common is an American musician and actor who has a net worth of $45 million. His first major-label studio album, "Like Water for Chocolate", was his first big financial success that also gained him fame and recognition.

Early Life: Common was born Lonnie Rashid Lynn Jr. in Chicago, Illinois on March 13, 1972. His mother was a teacher and his father was an ABA basketball player who later became a youth counselor. Common attended Florida A&M for two years where he studied business administration.

Music Career: Lynn began wrapping in 1991 as a solo artist under the stage name Common Sense. In 1992, his debut single, "Take It EZ", was released, followed by the album "Can I Borrow a Dollar?"  His commercial success and critical acclaim began with his second album, "Resurrection", in 1994. During the mid-'90s, his song, "I Used to Love H.E.R.", sparked a feud with rappers Westside Connection, who responded to Common in their track "Westside Slaughter".

Common's third album, "One Day It'll All Make Sense", dropped in 1997 and led to a record deal with MCA Records. His fourth effort, "Like Water for Chocolate", was his first to be certified gold and one of his singles off of the album was nominated for a Grammy. In early 2004, Common made an appearance on Kanye West's debut album, "The College Dropout." His next record, "Be", was produced primarily by Kanye West, with the album going gold and receiving four Grammy nominations in 2005.  Common's seventh LP "Finding Forever" was released in July 2007. It was nominated for a Grammy for Best Rap Album but lost to Kanye West's "Graduation."

Over the course of his career, Common released 11 studio albums between 1992 and 2017, racking up two BET Awards, two Grammys (Best R&B Song for "Love of My Life" in 2003; Best Rap Performance by Duo or Group for "Southside" in 2008), and eleven Grammy nods.

Entertainment Industry Career: The rapper has developed perhaps an even more successful film career with dozens of credits, including appearances in "Run All Night", "Suicide Squad", "Happy Feet Two", "New Year's Eve", "The Odd Life of Timothy Green", "Barbershop: The Next Cut", and "Now You See Me". He first appeared onscreen in the American UPN sitcom "Girlfriends." He made an appearance on that same network on "One on One", where he played a drama class instructor. Common also guest starred on the ABC show "Scrubs." In 2007, Common made his big screen debut alongside Ryan Reynolds, Jeremy Piven, and Alicia Keys in the crime film "Smokin' Aces." He also appeared with Denzel Washington and Russell Crowe in the 2007's "American Gangster." In 2008, Common starred in the film adaptation of the comic book "Wanted", alongside Morgan Freeman and Angelina Jolie. Common also appeared in "Just Right" and "Terminator Salvation" in 2009. In 2009, he appeared in "Justice League: Mortal" and the next year starred as a corrupt cop in the 2010 comedy "Date Night." He was a leading cast member of AMC's "Hell on Wheels." In 2014, Common co-wrote the Oscar winning song "Glory" for the film Selma, and he also co-starred in the film as 1960's civil rights leader James Bevel. Common appeared alongside Keanu Reeves when he played Cassian in "John Wick: Chapter 2" in February 2017. Common received much critical acclaim for his inspiring performance in "All About Nina" in 2018.

In October 2015, Common signed a two year deal with HBO that allowed him to start his own film production company, Freedom Road Productions. He worked with Amazon Studios and American Girl in 2016 as an executive producer for the feature film "An American Girl Story." 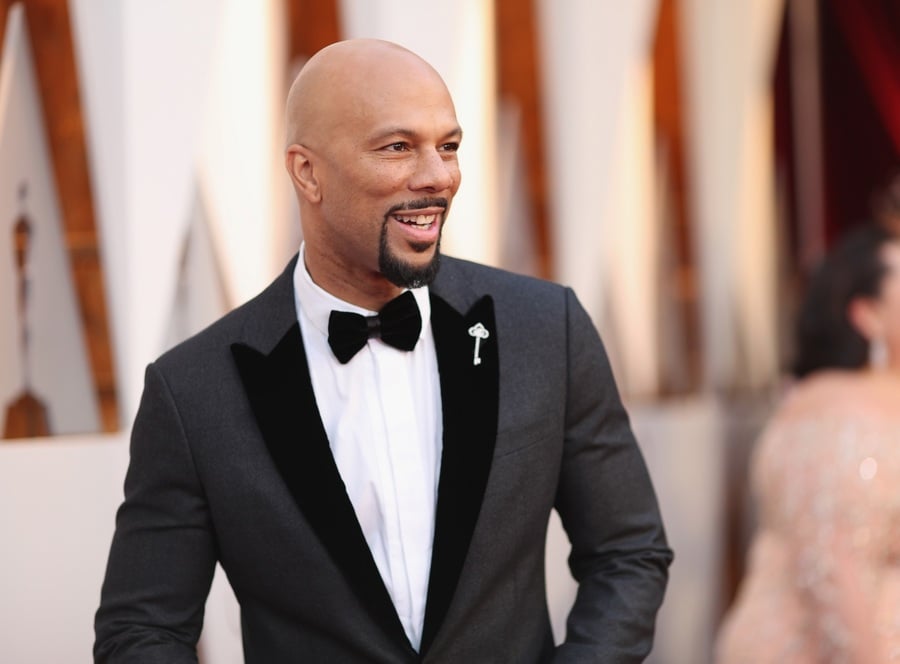 Other Ventures: He worked as a Gap model in 2006 and has promoted products for Microsoft, Diesel, BlackBerry and NBA 2K8. His memoir, "One Day It'll All Make Sense", was published in 2011. He published his second memoir, "Let Love Have the Last Word" in May 2019.

Activism: Common is a supporter of animal rights and PETA. He appeared in a print ad for PETA titled "Think Before You Eat" and promoted vegetarianism in a documentary titled "Holistic Wellness." Common is actively involved with the "Knowing is Beautiful" campaign which supports HIV and AIDS awareness. He made a pledge in 2007 to cease using anti-gay lyrics in his music. Common founded the Common Ground Foundation, a non profit with the goal to empower underprivileged youth to contribute to society and become strong leaders globally. The foundation includes leadership development programs, educational development, creative expression, and a book club.

Common performed at several California state prisons in 2017 and the tour inspired him to create another non-profit, Imagine Justice, devoted to empowering communities and fighting injustices by addressing mental health and wellness and civic engagement. Common has performed at several rallies over the years including the March for Our Lives anti-gun rally in Washington DC in March 2018. In May 2020, Common launched a social media campaign through Imagine Justice dubbed #WeMatterToo, in response to the COVID19 pandemic, with the goal of calling attention to the threat the pandemic poses for incarcerated men and women.

White House Controversy: In 2011, he was the center of a White House controversy after being invited by Michelle Obama to appear and read his work at a poetry reading. The New Jersey State Police opposed Common's invitation because he wrote a song about a man convicted of murdering a local state trooper. The White House Press Secretary at the time, Jay Carney issued a statement noting that the President opposes some of Common's work.

Personal Life: Common has been romantically linked to several celebrities, including Serena Williams. In August 2020, it was confirmed that he was in a relationship with comedian and actress Tiffany Haddish. 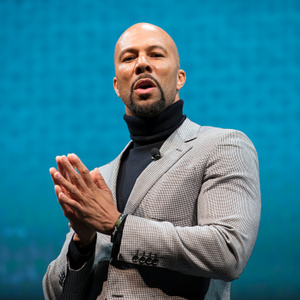