What is Chuck D's Net Worth?

Chuck D is an American rapper who has a net worth of $14 million. Chuck is probably best known for being the leader of the rap group Public Enemy, which began in 1985 with the help of Flavor Flav. After gaining prominence, Chuck D became famous for his politically-conscious lyrics and his promotion of activism through music. Today, he is considered one of the greatest rappers and lyricists of all time. Chuck has a number of nicknames, including "Mistachuck," "Carl Ryder," "Chuck Dangerous," "The Hard Rhymer," and "The Rhyme Animal."

Carlton Douglas Ridenhour was born on August 1st of 1960 in Queens, New York. Although rapping was not widely popular during Ridenhour's youth, he first started writing rhymes as a seventeen-year-old to pass the time during the New York City blackout in 1977. Carlton pursued post-secondary education at Adelphi University, studying graphic design. During his college years, he connected with William Drayton, who would later become known as Flavor Flav. He also spent this period co-hosting a hip hop radio show on Long Island and became involved in the local hip hop scene. Ridenhour graduated from Adelphi University in 1984 with a B.F.A.


Ridenhour first started to use the nickname Chuck D in 1985 after forming Public Enemy with Flavor Flav. The group first released a track called "Public Enemy Number One," which encouraged Rick Rubin to sign Chuck to Def Jam Records. After this record deal, Public Enemy released a number of albums, including their debut entry, "Yo! Bum Rush the Show" in 1987.

Public Enemy subsequently followed up with popular albums such as "It Takes a Nation of Millions to Hold Us Back," "Fear of a Black Planet," "Apocalypse 91… The Enemy Strikes Black," and many others. Outside of his work with Public Enemy, Chuck D collaborated with a number of other artists such as Janet Jackson, Ice Cube, Rage Against the Machine, Anthrax, Sonic Youth, and several others.

Chuck D is perhaps best known for his powerful, booming voice, which continues to set him apart from the crowd to this day. That being said, the most distinctive musical aspect of Chuck D is his approach to writing. He has stated that he first comes up with a title and then bases his lyrics on this overall theme. Of course, Chuck D is also famous for his political lyrics and has written a number of political essays in the past. 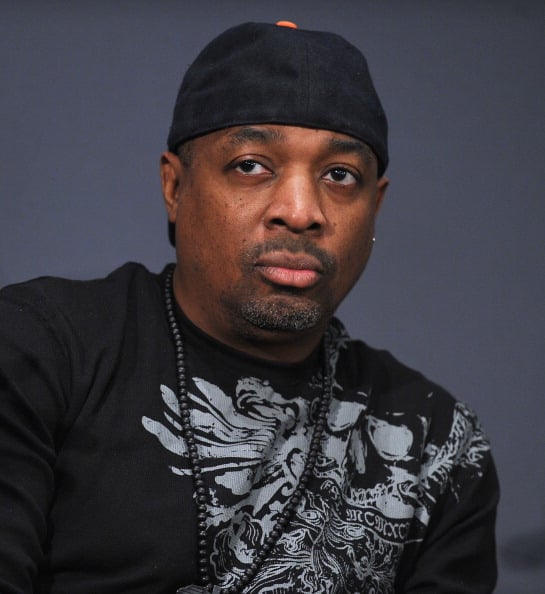 Chuck D has been critical of modern rap over the years, especially attacking its commercial nature. He has even compared the relationship between modern rappers and record labels to that of slaves and masters. He also criticized modern rap for its materialistic and sexist themes in recent years.

In 2018, legal documents revealed that Chuck D had completely lost his home in Ventura County, California in the aftermath of wildfires that swept across the entire state. This revelation came as part of a lawsuit brought against Chuck by Flavor Flav, who claimed that he was improperly compensated by the Public Enemy co-founder. Apparently, Flav had tried to serve Chuck with legal documents but was unable to reach his home because of the raging wildfires.

Flav later discovered that Chuck D's home had been utterly destroyed by the fires. The rapper then complained to the court that he was unable to serve his former musical partner with the proper legal papers because Chuck D was ostensibly living in a hotel at an unknown location – presumably trying to piece his life back together after losing everything.

In 2011, it was reported that Chuck D was suing Universal for a sum of $100 million. The dispute arose over royalties, with Chuck alleging that UMG was receiving a 25% cut from music download providers – a sum that he felt should go to artists such as himself. The rapper also stated that because of a court ruling that year involving Eminem, Universal owed various artists hundreds of millions in unpaid royalties. The court ruling set a precedent that online sales should be considered "licenses" and not unit sales – boosting royalties received by artists from 18% to 50%.

Chuck D wasn't alone in this legal battle. Joining him were figures such as Rob Zombie and representatives of the Rick James estate. Many other artists felt the same way as Chuck, and many legal observers felt that all three groups would be consolidated together under one court case. In response, Universal stated that it would "vigorously defend" against such lawsuits.

In 2015, Universal Music Group finally agreed to pay a settlement of about $11.5 million to various plaintiffs, which included Chuck D. Reportedly around $3 million of that sum went to legal fees, while each plaintiff received about $200,000. While that might not seem like much, the real victory was the fact that UMG changed the way they do business. As demanded by vocal figures such as Chuck D, Universal agreed to classify online sales as licenses and not "unit sales." This meant that following this lawsuit, all artists earned significantly higher royalties for online sales.

Outside of this legal battle, Chuck D has been involved in a number of other notable lawsuits. He once famously sued the Notorious B.I.G. for using a sample of one of his tracks without permission. In 2019, Chuck sued Terrordome Music Publishing and Reach Music Publishing for failing to pay him $1 million in royalties. 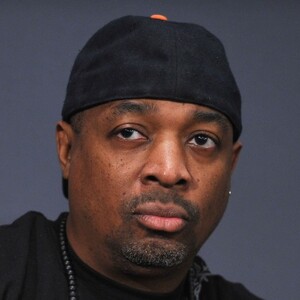