How much is Christopher Reid Worth?

Christopher Reid net worth: Christopher Reid is an actor, rapper and singer who has a net worth of $500 thousand. Christopher Reid has earned his net worth as an actor in films such as House Party, House Party 2 and 3, War of the Worlds 2: The Next Wave and more. He has also appeared in television sitcoms such as Martin and Sister Sister, as well as appearances on Celebracadabra, a reality magician game show, and as a host on Your Big Break and It's Showtime at the Apollo. Reid is one half of the well known the Kid 'n Play and together they recorded the albums "2 Hype," "Kid 'n Play's Funhouse" and "Face the Nation." He has also made guest appearances on Comics Unleashed, The Dawn and Drew Show and appeared in a LMFAO video for "Sorry for Party Rocking." He has recently written the theme song for Real Time With Bill Maher. Reid has acting in films, television, has made several guest appearances on sitcoms and tours as a standup comedian. Christopher Reid was born in 1964 and originates from the Bronx, New York. He attended Bronx High School of Science and graduated in 1982. Afterwards he attended Lehman College in the Bronx. In 2010 Reid got himself in a little trouble with the law for driving while intoxicated. He was put on probation but didn't appear before the Judge to prove he had finished his probationary period and a warrant was issued. He was arrested and jailed in 2011, but was soon released. Reid is appearing on the Nickelodeon series, Supah Ninjas as "The Rhymer." 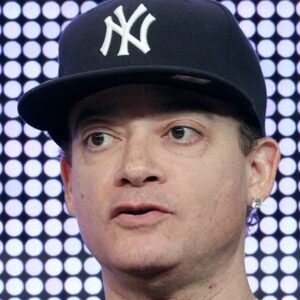