Chris Webby net worth: Chris Webby is an American rapper who has a net worth of $1 million. As a kid, Chris Webby idolized rap icons like Eminem and Dr. Dre. He soon began writing and recording original material under the name Vindictive. In the space of a year and a half, Chris would go on to release six full length mixtapes, which were available (free of charge) on datpiff.com. The White Noise LP was Webby's first release in 2009. This was immediately followed by the second mixtape, Teenage Mutant Ninja Rapper. By spring 2010, Webby was all set for his third release, Optimus Rhyme and by July he pumped out another mixtape, The Underclassmen.

In December 2010, Webby released his fifth LP, Best in the Burbs. Webster's Laboratory was released in June 2011. After showcasing his music online, the Connecticut-born rapper became an overnight sensation thanks to social websites like YouTube. Webby has a strong fanbase at Hofstra University in Long Island (where he was a student) and now performs across the United States. Even the bigwigs at major record labels are knocking on the unsigned rapper's door. Despite the overnight attention from fans and record labels, Webby wouldn't dare compare himself with his number one rap idol Eminem. Instead he described himself as 'a goofy, rough around the edges white kid who's really into Ninja Turtles and Super Mario. He adds: I stay true to yourself and who I am.'

In 2012 he dropped his official "There Goes The Neighborhood" EP on Itunes which debuted at #1 on the Hip Hop Charts and Debuted On The Billboard Heatseaker chart at #1 selling nearly 30k units. He followed that up with his critically acclaimed mixtape 'Barz On Me" downloaded over 250k times. In the summer of 2013 Chris Webby Signed his First Record Deal With Independent Heavy Weight E1 (Entertainment One). In November 2013, Chris Dropped an EP "Homegrown" as his first project with E1. The album debuted at #2 on the iTunes hip-hop chart behind his idol Eminem. Chris released his first full length studio album "Chemically Imbalanced" in 2014. In May 2014 Chris released a mixtape called "The Check Up" which was downloaded over 100,000 times. 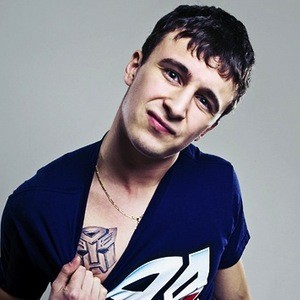 How much is Chris Webby worth? 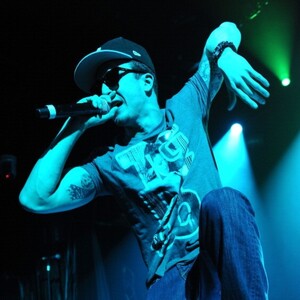