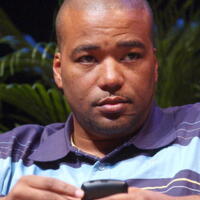 Chris Lighty Net Worth: Chris Lighty was an American hip-hop business pioneer and music executive who had a net worth of $30 million at the time of his death. Darrell Steven Lighty (aka Chris Lighty) was born May 8, 1969 in The Bronx, New York City, New York. Lighty cofounded Violator, a record label, management and marketing company, which represented hip-hop artists such as Nas, Ja Rule, Mobb Deep, L.L. Cool J, Uncle Murda and 50 Cent. He served as Sean "Diddy" Combs' manager as well. The New York Times called him "one of the most powerful figures in the hip-hop business." Lighty got his start hauling record crates for DJ Red Alert in the late '80s. Over the next decade, he established himself as a prolific talent manager, guiding the careers of stars which included the likes of Mariah Carey, Missy Elliott and Busta Rhymes. Despite founding his own company, Violator Management, and eventually merging it with Primary Wave Talent Management to form Primary Violator Management, Lighty seemed to be having financial difficulties. The New York Daily News reported that he owed the IRS some $5 million. He then experienced a failed attempt to launch an energy drink. On August 30, 2012, Lighty was found dead in his Bronx apartment from an apparent self-inflicted gunshot wound to the head. Forbes magazine reported that he had been involved in an argument with his ex-wife Veronica not too long before his body was discovered. Lighty's brother said he doesn't believe that Lighty's death was suicide and that the family was launching its own private investigation, which they said they intended to go public with once solid details emerged. Rapper and close friend of Chris', 50 Cent, also questioned the suicide claim and hired a team to investigate the details of the incident. Friend and rapper Papoose questioned Lighty's reported suicide in the song Obituary 2012.