Chino XL net worth: Chino XL is an American rapper and actor who has a net worth of $4 million. Chino XL was born in The Bronx, New York in April 1974. He started rhyming back in 1986 and released his debut studio album Here to Save You All in 1996. Chino XL has also released the albums I Told You So in 2001, Poison Pen in 2006, Something Sacred in 2008 (with Playalitical), and Ricanstruction: The Black Rosary in 2012. As an actor he starred as Syndicator in the television series Zane's Sex Chronicles in 2010. Chino XL starred in the films Barrio Wars, Vatos, The Beat, Crime Partners, Alex & Emma, Playas Ball, Gang Warz, and Young Cesar. He has also appeared in episodes of the TV series The Young and the Restless, Reno 911!, CSI: Miami, and El Show. Chino XL  is a member of Mensa and his uncle Bernie Worrell was a member of the group Parliament/Funkadelic. 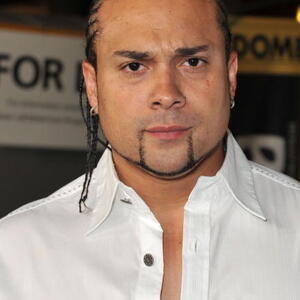