Chingo Bling net worth: Chingo Bling is a Mexican American rapper and producer who has a net worth of $2 million. Chingo Bling was born in Guadalupe, Nuevo Leon, Mexico in September 1979. He released his first mixtape in 2001 after he started rapping in 2000. Bling founded Big Chile Enterprises in 2002 and was on MTV twice before releasing an album. His debut studio album The Tamale Kingpin was released in 2004 and reached #26 on the US Heatseekers Albums chart and #66 on the Billboard 200 chart. He released his second studio album Chingo Bling 4 President in 2005. In 2007 his album They Can't Deport Us All reached #2 on the US Heatseekers Albums chart and #11 on the US Rap Albums chart. His fourth album Me Vale Madre was released in 2009. He has been criticized for the title of his second album and claims to have been targeted by Conservative journalists and that his family's tamale truck has been shot at and vandalized. 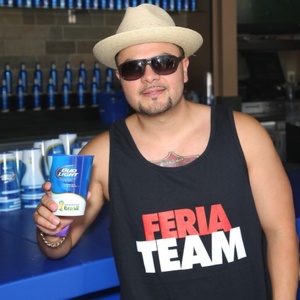