Chief Keef Net Worth: Chief Keef is an American rapper who has a net worth of $1 million. Credited by many for pioneering so-called "mumble rap" and "drill" sub-genres of rap music, Chief Keef has made an undeniable impact on the hip-hop world. Also known as "Sosa," (after a character from the movie "Scarface") Keef has struggled with a number of legal and financial issues over the course of his career.

Early Life: Keith Farrelle Cozart was born on August 15th of 1995 in Chicago. Born to a 16-year-old mother, Keith was raised on the South Side of Chicago in a low-income apartment complex commonly known as "O-Block." Cozart was soon a member of the Black Disciples gang that is active in that area of Chicago. By the age of 5, Keith was creating his own raps using his grandmother's karaoke machine and recording them with cassette tapes. He dropped out of high school at 15.

Career: Chief Keef first gained notoriety as a 16-year-old with mixtapes such as "The Glory Road" and "Bang." After being placed under house arrest for a number of legal issues, he started uploading tracks to his YouTube account. One of these songs was "I Don't Like," which became a major hit and helped to start the new rap subgenre known as "Drill." The song allowed Chief Keef to reach even higher levels of fame when Kanye West remixed it with Jadakiss, Big Sean, and Pusha T.

Following this success, Chief Keef became a sought-after artist with many record labels fighting to sign him. He chose to sign a lucrative deal with Interscope Records, and subsequently released his debut studio album, "Finally Rich." A major hit in 2012 was his song "Love Sosa." In 2013, he collaborated with Kanye West on the track "Hold My Liquor," and released two mixtapes with a largely negative response from critics, although "Almighty So" contained the odd hit such as "Nice."

Chief Keef acknowledged the lack of quality in his latest releases and blamed it on drug addiction issues. Interscope dropped Sosa in 2014 – a decision that was criticized by many observers. However, Keef continued to release mixtapes such as "Back From The Dead 2" independently, and he produced most of the songs on this album.

Following a shooting incident that claimed the life of Sosa's associate Marvin Carr and a 13-month-old baby, Chief Keef took a stance against gang violence and organized a free benefit concert in honor of Marvin Carr. Due to warrants for Keef's arrest, he appeared at the concert via hologram. However, police shut down the generator powering the hologram out of fear the concert would provoke further violence.

Over the next few years, Chief Keef started releasing fewer and fewer mixtapes and tracks. In 2016, he even announced that he was retiring. However, he would continue to collaborate with a number of high-profile artists, and in 2019, he revealed that he was planning to release "Almighty So 2." During 2019, he also produced the Lil Uzi Vert track "Chrome Heart Tags."

Interscope Deal: In June 2013, Chief Keef signed a lucrative contract with Interscope Records. The three-album deal was reportedly worth more than $6 million (before taxes, managers fees, lawyers, and expenses). As part of the contract, Interscope paid Chief a $440,000 advance, plus $300,000 to cover recording expenses in order for him to produce a commercial version of "Finally Rich". He also received a $180,000 advance for his record label, Glory Boyz Entertainment, and $200,000 to cover record label overhead expenses.

However, there was also a stipulation that allowed Interscope to cancel the deal if "Finally Rich" did not sell 250,000 copies by December 2013. The album sold only 150,000, and in mid-October 2014, Chief Keef was officially dropped by Interscope.

Legal Issues: At the age of 16, Chief Keef was charged with heroin distribution and manufacturing. Because of his age at the time, Chief Keef got off rather lightly and was sentenced to house arrest. That same year, the 16-year-old left his home and pointed a handgun at several police officers, who chased Chief Keef while shooting at him and narrowly missing. Eventually, they caught him and took away the handgun. He was charged with assaulting a police officer with a firearm and unlawful use of a weapon. Once again, he was sentenced to house arrest.

Next year, the 17-year-old Chief Keef was accused of paying an assassin to kill one of his Englewood rivals, who went by the stage name "Lil' JoJo." Chief Keef was investigated as a result, and it was discovered that he had been violating his parole by visiting a shooting range and discharging a weapon. Eventually, he was sentenced to two months in juvenile detention in 2013.

Also in 2013, Chief Keef was sued by a promotion company for $75,000 after failing to show up for a scheduled show in London, England. Keef ignored the lawsuit, and a court subsequently ordered him to pay $230,000 to the promotion company in damages. Throughout the rest of the year, he was arrested for smoking marijuana in public, speeding, and violating parole. Throughout the next few years, Keef was sued for missing more concerts, and he was arrested for smoking marijuana in public, driving under the influence, and allegedly robbing a producer by the name of Ramsay Tha Great.

Chief Keef has struggled with various child support claims in court. He has had three children over his lifetime, and in some cases, a DNA test was required to confirm whether or not he was actually the father. In at least one case, he failed to appear in court as a result of child support claims, and a warrant was issued for his arrest. Another controversy came when he allegedly named one of his sons "FilmOn Dot Com" in an effort to promote his new album and record label.

A number of Chief Keef's family members have been killed as a result of gang violence, including his stepbrother and his cousin.

Real Estate: Chief Keef has been evicted from several rental properties over the course of his career. In 2014, he was renting a property in Highland Park, Los Angeles for a reported sum of $11,000 per month. Chief Keef fell behind on rent that year, reportedly owing more than $30,000 in unpaid rent for the 5,600-square foot house at the time.

Neighbors were also concerned because of Chief Keef's reported use of firearms in the backyard and the huge amount of guests he had on the property, who came and went every single day. Eventually, he was evicted. 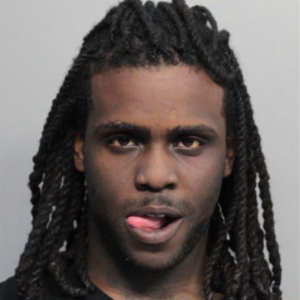