Chiddy Bang Net Worth: Chiddy Bang is an American hip hop artist who has a net worth of $4 million dollars. Born Chidera Anamege, Chiddy Bang got his start in a rap duo with Xaphoon Jones while attending Drexel University. In early 2009, the band's Myspace songs were featured on a popular music blog and began to gain notoriety with the underground hip hop scene. The group's first mixtape, "The Swelly Express", became popular underground and it was followed up by "Air Swell" before the group signed on to release a full-length album. In 2012, Chiddy Bang's debut album, "Breakfast", dropped and the first single, "Mind Your Manners", was used on "Madden NFL 12" and as part of the "Now That's What I Call Music!" franchise. It's the only studio record of his career, and as of 2014, he has been part of three EPs and four mixtapes. Chiddy went on to break the Guinness World Record for Longest Freestyle Rap and the record for Longest Marathon Rapping during the MTV O Music Awards. He rapped for nine hours, 18 minutes, and 22 seconds, beating out D.O.'s 2003 record of eight hours, 45 minutes and 23 seconds. Bang rapped through two bathroom breaks in order to win the title. 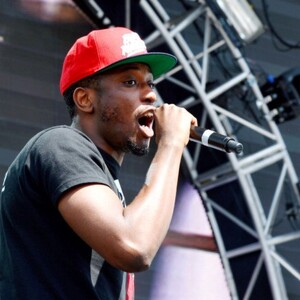