Charli Baltimore net worth: Charli Baltimore is an American rapper–songwriter who has a net worth of $500 thousand dollars. She was born Tiffany Lane Jarmon in Philadelphia, Pennsylvania in August 1974. She graduated from Peirce College, and initially pursued a career as a paralegal. She began dating the Notorious B.I.G.

in the mid-90s, and signed with Untertainment, soon after. She released her first album, "Cold as Ice", in 1999. However, because of label disputes, the album was not released to the public for purchase until 2009. She left Untertainment soon after the unofficial release of her album, and guest recorded with a steady stream of artists, including Cam'ron, Fat Joy, Christina Milian, Ja Rule, and Mya. She also continued to release singles, and scored a Grammy nomination for her track, "Diary" in 2003. She re-signed with The Inc., Records in 2011, and her next studio album, entitled "True Lies", is slated for release sometime in the future. The name Charli Baltimore is a reference to Geena Davis' character's name in the movie "The Long Kiss Goodnight". 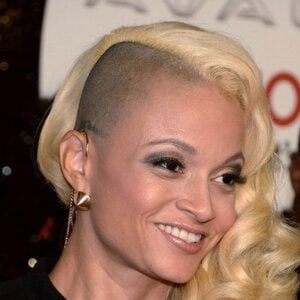