Chad Hugo Net Worth: Chad Hugo is an American musician and record producer who has a net worth of $55 million. Chad Hugo was born February 24, 1974 in Portsmouth, Virginia. He is best known as one half of the musical duo Neptunes (along with Pharrell Williams). He is also a member of the group N.E.R.D. Hugo plays saxophone, keyboards and guitar. Along with partner Pharrell Williams, he has produced numerous No. 1 hits. Chad Hugo and Pharrell Williams met at the age of 12 at a summer camp for musicians, which they both disliked, and the two began working together, mixing beats and playing in various live bands. In 1992, while the two were attending different high schools in Virginia Beach, Williams was paid to write a verse to the 1992 single Rump Shaker by Wreckx-n-Effect. Their real break came when they scored songwriting and production assignments with artists such as N.O.R.E. and Mystikal, which became hits and opened doors for them to produce with their own distinctive sound for megastars such as Jay-Z. Hugo subsequently signed a global music publishing deal with BMG Music Publishing. In August 2002, The Neptunes were named Producers of the Year at both The Source Awards and the Billboard Music Awards. The album The Neptunes Presents… Clones was then released, debuting at No. 1 in August of 2003. Hugo has been described by The Source Magazine as the Mr. Spock to Williams' Captain Kirk, an analogy that does not sit well with Hugo, as he does not see himself as "stiff" like Mr. Spock. He does say that Williams usually provides the beat (as the drummer of the duo) and most of the melodies to the Neptunes' productions, whereas his role lies more as a 'one man band' and sequencer. In 2011, Hugo created a DJ team called Missile Command, along with Daniel Biltmore. The duo signed a deal with Fool's Gold Records to release their music. They have released two mixtapes, 2011's "Foolcast #22" and 2013's Why Fight the Space Age? Hugo also created an alternative band with Paul Banks called No Planes In Space. 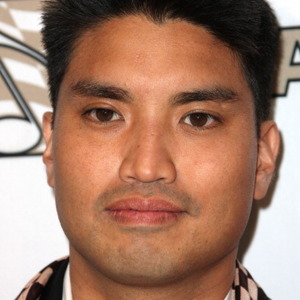