What is CeeLo Green's Net Worth?

CeeLo Green is an American singer, rapper, songwriter, and actor who has a net worth of $10 million. CeeLo Green first became famous as a member of the hip-hop group Goodie Mob. The group released three critically-acclaimed albums before CeeLo went solo in 2002. However, his solo career did not go quite as planned, and he rose to international fame four years later as a member of the soul duo Gnarls Barkley, whose debut single "Crazy" became a hit and topped various singles charts worldwide. The success of their first single was followed by their album "St. Elsewhere," which climbed to #4 on the US "Billboard" 200.

In 2010, Green decided to take a break from his work with Gnarls Barkley and released the single "Fuck You." The song became an instant hit (certified 7× Platinum by the RIAA), and his 2010 album "The Lady Killer" peaked at #2 on the "Billboard" Top R&B/Hip-Hop Albums chart. CeeLo has released six studio albums as a solo artist, earning numerous awards and accolades for his work, including five Grammys. Green has served as a coach on NBC's hit singing competition "The Voice," and he performed with Madonna during her 2012 Super Bowl halftime show. In 2014, he had his own TBS reality series, "CeeLo Green's The Good Life," and he released his autobiography, "Everybody's Brother," in 2013.

CeeLo Green was born Thomas DeCarlo Burton on May 30, 1974, in Atlanta, Georgia. His father, an ordained minister, passed away when CeeLo was just 2 years old, and he began going by his mother's surname, Callaway. He began singing in church, and he attended the Riverside Military Academy in Gainesville, Georgia. When CeeLo was 16, his mother, Sheila (a firefighter and ordained minister), was paralyzed in a car accident and died two years later. He formed the band Goodie Mob with T-Mo, Khujo, and Big Gipp in 1991, and the group was starting to find success around the time Sheila passed away. Her death sent CeeLo into a deep depression, which he wrote about in several songs, including Goodie Mob's "Free" and Gnarls Barkley's "Just a Thought."

Goodie Mob's debut album, Soul Food," was released in 1995, and it went Gold and reached #8 on the "Billboard" Top R&B/Hip-Hop Albums chart. Goodie Mob's next two albums, 1998's Still Standing" and 1999's "World Party," were both certified Gold, and "Still Standing" peaked at #6 on the "Billboard" 200 chart. Green left Goodie Mob and signed with Arista Records, but low record sales caused the label to drop him after his first two albums, "Cee-Lo Green and His Perfect Imperfections" (2002) and "Cee-Lo Green… Is the Soul Machine" (2004). In 2006, CeeLo formed Gnarls Barkley with DJ Danger Mouse, and the duo released the album "St. Elsewhere" in 2006 and "The Odd Couple" in 2008. Their single "Crazy" went 4x Platinum, and "Rolling Stone" magazine named it the best song of the decade.

In August 2010, CeeLo released "Fuck You" on YouTube, and it was played more than two million times in under a week. The single earned five Grammy nominations, and a radio-friendly version, "Forget You," was also released. The album "The Lady Killer" was released in November of that year, and he followed it with "Cee Lo's Magic Moment" (a Christmas album) in 2012, "Heart Blanche" in 2015, and "CeeLo Green is Thomas Callaway" in 2020. In 2012, Green performed at a fundraiser for Barack Obama, and his song "I Love Football" was chosen to be the theme of "Thursday Night Football." In 2014, he toured with Lionel Ritchie on the music legend's All the Hits All Night Long tour. CeeLo has performed on tracks by several artists, including Nas, Kelis, Trick Daddy, and T.I., and he collaborated with The Muppets, Christina Aguilera, and Rod Stewart on "Cee Lo's Magic Moment." 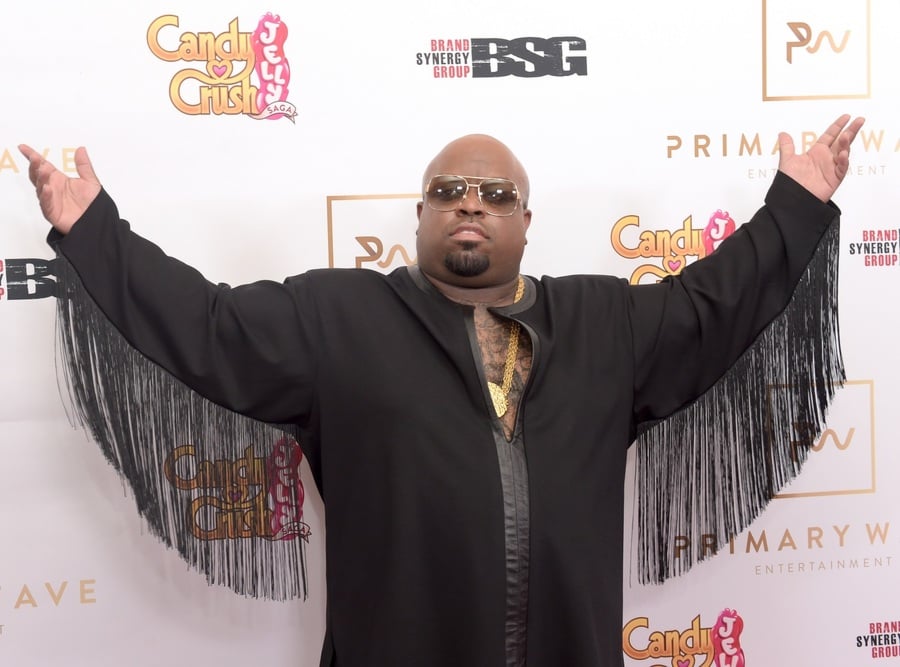 CeeLo was previously married to Christina Johnson, and they divorced in 2005. Green and Johnson welcomed son Kingston on September 30, 2000, and CeeLo was stepfather to Christina's two daughters, Kalah and Sierra. In October 2012, a woman accused CeeLo of sexual battery, alleging that he slipped ecstasy in her drink while they were having dinner at a Los Angeles restaurant. A year later, Green pleaded not guilty to charges of furnishing a controlled substance, but in August 2014, he was sentenced to 360 hours of community service and three years of probation after pleading no contest to a felony count of furnishing ecstasy. CeeLo tweeted about the case, implying that it can't be considered rape if the person is passed out, leading TBS to cancel "CeeLo Green's The Good Life." 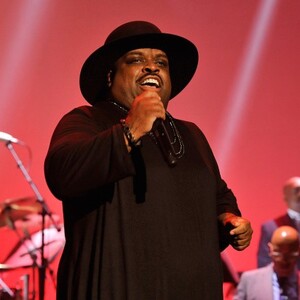