Casanova net worth: Casanova is an American rapper who has a net worth of $4 million. Casanova was born in Brooklyn, New York in October 27, 1986. His debut studio album Commissary was released in 2018. Casanova released his mixtape Be Safe Tho in 2017. Buzz began to build after he released his first original song "Don't Run".

He was involved in gangs early on in life and dropped out of school in 8th grade. He was arrested and his cell mate was ASAP Rocky. Casanova signed with Jay-Z's label Roc Nation in 2016. That same year he started his own company 2x Entertainment and he has signed Jah Dwella and Lamont Sincere.  He has collaborated with artists including Young M.A., Fabolous, Dave East, Don Q, Chris Brown, G-Eazy, Rich The Kid, Tory Lanez, Davido, and more. Casanova's singles include "Line Me", "The Old 50", "Go Best Friend", "Left, Right", "Set Trippin", and "2Am". 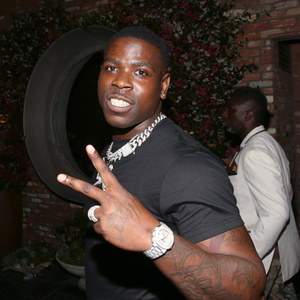