Canibus Net Worth: Canibus is an American emcee, actor and rapper who has a net worth of $200 thousand. Canibus accumulated his net worth through his songwriting, performance with the rap supergroup of HRSMN and his many singles and albums he recorded. Born Germaine Williams on December 9, 1974, in New York City, he rose to fame in the mid-1990s. By 1994, Canabis had already formed a duo named T.H.E.M. (The Heralds of Extreme Metaphors), along with Atlanta rapper Webb. But shortly, he left the combo and embarked on a solo career infiltrating the mixtape circuit. Canibus' debut album Can-I-Bus came out in September, 1998 and ended up being certified Gold, despite its abundance of socially concerned material. Since, he has constantly produced solo albums, most of which were released to mixed feelings and reviews, just as his first one did. As for his side projects, they include collaborations with the Hrsm, Sharpshooterz, Cloak N Dagga and The Undergods among others. Over the years, Canibus has been credited for being one of the best lyrical freestyle rappers, only few, like Eminem, being his equals in that area of rapping. In addition to making a name for his lyrical prowess and his raspy voice, Canibus has also appeared in some film projects like Bamboozled (2000), Beef II (2004) and The MC: Why We Do It (2004). 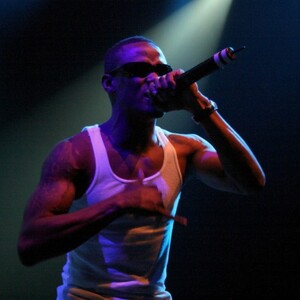