Bun B Net Worth

in Richest Celebrities › Rappers
Bun B Net Worth:
$4 Million

Bun B Net Worth: Bun B is an American rapper who has a net worth of $4 million. Most widely recognized as one half of UGK, a hip-hop duo, Bun B also lectures at Rice University in Houston on Hip-Hop and Religion.

He was Born Bernard James Freeman on March 19, 1973, in Port Arthur, Texas. He became widely known by his stage name Bun B and reached the peak of stardom in the duo UGK (UnderGround Kingz). Even though Bun B was not initially UGK's member, it was when he teamed up with Pimp C that the duo started to catch audiences attention. Their debut album, Too Hard to Swallow, came with an unusual extended play titled Banned beforehand, since many of its songs had too explicit content. It spawned the hit Pocket Full of Stones, which became the first UGK single to get major airplay throughout the States. Their sophomore album, Super Tight, followed, while their third release, Ridin' Dirty, reached the R&B Charts in 1996 peaking at #2 and the Billboard 200 chart peaking at #15.

Unfortunately, after UGK saw the release of their 4th album, Dirty Money, Pimp C was sentenced to jail. Bun B went on to perform solo making numerous appearances on other artists' tracks as well as working on his new tracks. In 2005, he released both the mix-type Legends and his debut album, the Rap-a-Lot release Trill, the later becoming a Top Ten hit. Two years later, Bun B united with Pimp C for the release of their fifth and last studio album together, the self-titled Underground Kingz. After the tragic death of Pimp C in the early 2008, Bun B was left with no other choice but to return to a solo career. His second solo album, II Trill, was released that same year. His third album, Trill O.G., was released in 2010. His fourth studio album, Trill OG: The Epilogue was released 2013 and his fifth album, Return of the Trill, was released in 2018.

Bun B has been married to Angela "Queenie" Walls since 2003. They have two children. 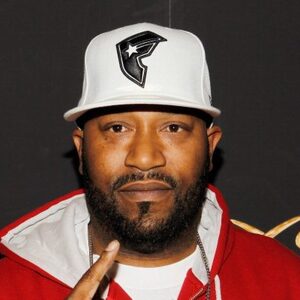