Buju Banton net worth: Buju Banton is a Jamaican musician who has a net worth of $2 million. Buju Banton was born Mark Anthony Myrie in Kingston, Jamaica in July 1973. Buju is the youngest of fifteen children. In 1987 his first single "The Ruler" was released. In the early 90s he released dancehall singles.

In 1992 Banton released his first albums and the album Mr. Mention became the best-selling album in Jamaican history when it was released. He signed with Mercury Records. Buju converted to the Rastafari faith and his music became more spiritual. He won a Grammy Award for Best Reggae Album for his 2010 release Before the Dawn. His track "Boom Bye Bye" gained notoriety for being anti-gay. He was also arrested and convicted on drug conspiracy and firearms charges in the U.S. in 2009. He is currently serving out his sentence and will be released in 2019. He has released 12 studio albums. His album Inna Heights released in 1997 went to #1 on the Reggae Charts. His albums 'Til Shiloh, Unchained Spirit, Rasta Got Soul, and Before the Dawn all made it to #2. His last concert was performed in between trials in January 2011 in Miami. 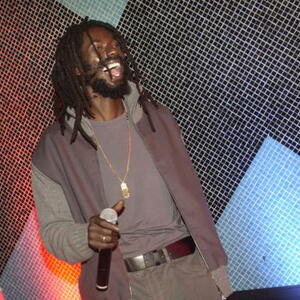