Buckshot net worth: Buckshot is an American rapper who has a net worth of $1 million. Buckshot was born in Brooklyn, New York City, New York in November 1974. He is known for being the leader of the super group Boot Camp Clik and of the group Black Moon. Buckshot released his only studio album The BDI Thug in 1999. With Black Moon he has released four studio albums: Enta Da Stage in 1993, Diggin' in Dah Vaults in 1996, War Zone in 1999, and Total Eclipse in 2003. Buckshot has also released four studio albums with Boot Camp Clik: For the People in 1997, The Chosen Few in 2002, The Last Stand in 2006, and Casualties of War in 2007. He has released the albums Chemistry in 2005, The Formula in 2008, and The Solution in 2012 and collaborations with 9th Wonder. Buckshot has also released the albums Survival Skills in 2009 with KRS-One and Backpack Travels in 2014 with P-Money. He has also appeared on songs by Mack 10, Ol' Dirty Bastard, Kurupt, Kid Capri, Flipmode Squad, 2Pac, and Eminem. 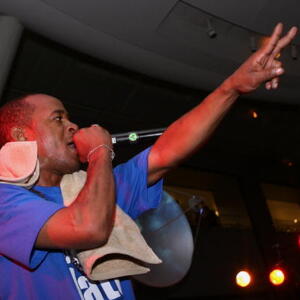