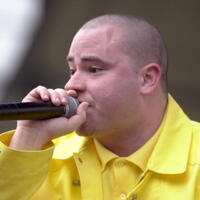 What is Bubba Sparxxx's Net Worth?

Bubba Sparxxx is an American musician who has a net worth of $800 thousand. Bubba Sparxxx began rapping at a young age. He moved to Athens, Georgia, in 1996 where he would go on to meet his future business partner Bobby Stamps. Sparxxx released his first CD independently before signing with Interscope Records and re-releasing "Dark Days, Bright Nights". It debuted at number three on the Billboard 200, but his follow-up, "Deliverance", didn't see as much success. His third album, "The Charm", released with Virgin before Sparxxx left to develop his own record label. He and DJ Burn One teamed up to collaborate on "Survive Till Ya Thrive" in 2007. His fourth studio album, "Pain Management", released from New South/E1 Entertainment in late 2013. Sparxxx has released more than a dozen singles during his career. His most popular, "Ms. New Booty" with the Ying Yang Twins and Mr. Collipark, debuted at number seven in the U.S. and later went gold. Sparxxx's song "Back in the Mud" was part of an ESPN production for college football. He's made several TV appearances on "My Super Sweet Sixteen" and "Celebrity Rap Superstar". Sparxxx has traveled overseas to perform for deployed U.S. troops.

Sparxxx was born on March 6, 1977 and given the name Anderson Mathis. He grew up in a rural area near LaGrange, Georgia and of French descent. His father worked as a school bus driver while his mother worked as a cashier at a grocery store. He was introduced to rap music from a young age by his neighbor who shared mix tapes with him that he had mailed from New York City. He initially was drawn into the music by the group 2 Live Crew. He also started listening to West Coast rap like N.W.A. and Too Short, as well as the Atlanta duo Outkast. While in high school at Troup County High School, he rapped as a hobby but also played football. He was a tight end and linebacker and earned All-Region honors his senior year.

After completing high school, he decided to move to Athens, Georgia in 1996 where he met Bobby Stamps, a veteran in the music industry. Stamps had noticed Sparxxx rapping after a University of Georgia football game and helped introduce him to local producers and music industry executives like Shannon Houchins.

Over the next two years, Sparxxx worked with Houchins on his first album. The album, "Dark Days, Bright Nights," was released in 2001 and saw some success in Georgia. More importantly, it caught the attention of Jimmy Iovine of Interscope Records. He decided to sign Sparxxx to Interscope, which enabled Sparxxx to begin working with producers like Timbaland and Organized Noise, though he also continued working with Houchins. Interscope then rereleased his debut album on Timbaland's Beat Club Records imprint. It debuted at number three on the Billboard 200 charts.

In 2002, Sparxxx had a minor hit after being featured on artist Archie Eversole's single, "We Ready." The song became popular at sporting events like football and basketball games. The next year, in 2003, he released his second album, "Deliverance." Though the album received positive critical reviews, it was not a commercial success. He did receive a nomination in the Best R&B/Soul or Rap New Artist category at the 2003 Soul Train Awards, though he did not win.

In 2004, Sparxxx signed a recording contract with Virgin Records. Under his new contract, he released the album "The Charm," which featured the singles "Ms. New Booty" and "Heat it Up." "Ms. New Booty," while not well-received by rap critics, did peak at number seven on the Billboard Hot 100. The song featured the Ying Yang Twins and represented a change in sound and style for Sparxxx who had not created such mainstream hip-hop music in the past. The track also peaked at number three on the Hot Rap Songs and was certified Gold by the Recording Industry Association of America. In April of 2006, Sparxxx performed the song on "The Tonight Show with Jay Leno" along with the Ying Yang Twins. The song was also nominated at the MTV Video Music Awards in the Best Ringtone category. His next single, "Heat it Up," was not received as well commercially and did not climb so high on the charts. 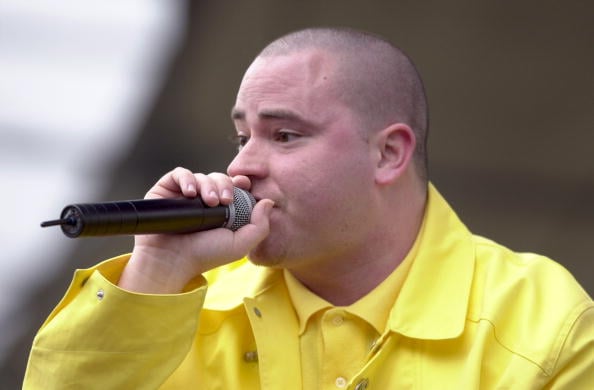 After experiencing more commercial success, Sparxxx decided to establish his own label, New South Entertainment, which was distributed by E1 Records. In 2007, he released the mixtape "Survive Till Ya Thrive" along with DJ Burn One. He had a quiet next few years but then signed to Backroad Records in 2012. The company is a subsidiary of Average Joes Entertainment, an independent label owned by Shannon Houchins and Colt Ford. He then recorded the song, "Country Boy Coolin." The song was also featured on the "Mud Digger Vol. 3," a compilation album released by Average Joe's in June of 2012.

In January of 2013, Sparxxx released  a video for the song "Splinter" featuring the artist Crucifix. In July of that year, he released a video for his single, "Country Folks." The song features Danny Boone of the band Rehab as well as Colt Ford. Soon afterward, in October, Sparxxx released his next album, "Pain Management." The album charted in the 40th spot on the U.S. country music charts.

In March of 2016, Sparxxx signed to Yelawolf's Slumerican records imprint. A few months later, he released "The Bubba Mathis EP" under the imprint. Over the next few years, Sparxxx continued releasing music steadily. In September of 2018, he released "Rapper from the Country" and then released the EP, "Crickets," with Hosier in November of 2020. In December of that year, he released his seventh album, "King of Crap." The album features the single, "Bird Dawg," and Sparxxx released a video for the track in May of 2021.

In 2014, Sparxxx began dating Katie Connors, the former Miss Iowa pageant winner in 2010. They dated for two years before marring in May of 2016. For their wedding day, the rented the Andrew Jackson estate, Hermitage, for their venue.