Bobby Shmurda Net Worth: Bobby Shmurda is an American rapper who has a net worth of $400 thousand. He is best known for the "Shmoney Dance" from his viral video "Hot N*gga". Shmurda is a member of the rap group GS9 (Grimy Shooters).

Early Life: He was born in Miami, Florida on August 4, 1994 as Ackquille Jean Pollard. His mother is African American and his father is Jamaican. His mother, Leslie Pollard, moved to East Flatbush, Brooklyn, from Florida after Bobby's father, Gervase Johnson, was convicted of attempted murder in 1995 and sentence to life in prison. He has been in prison since Shmurda was two months old. Pollard raised Shmurda and his brother with the help of his grandmother.

His father, Gervase Johnson, was convicted of attempted murder in 1995, and sentenced to life in prison; he's been away since Shmurda was two months old. Afterwards, Shmurda's mother, Leslie Pollard, moved the family to East Flatbush, Brooklyn, where they settled on 53rd and Clarkson. Shmurda had several run-ins with the law while living in Brooklyn and he spent fifteen months in a juvenile detention center for probation violation and gun charges.

Music Career: He started rapping in 2004 and remixed the song "Knuck If You Buck" by Crime Mob. Bobby's hip-hop inspirations include 50 Cent, 2 Pac, Jay Z, Biggie Smalls, Juvenile, Lil Wayne, and Trick Daddy. His video for "Hot N*gga" was released in 2014 and hit a million views in just two months. His song has been called drill music but the instrumental is from the Lloyd Banks song "Jackpot". The song and the accompanying video were a massive hit, with even Beyonce ringing him up to tell him she was a fan. She did her own version with Jay Z of the Shmoney dance from the video (which quickly became a popular internet meme) while on their On the Run tour. His single "Hot N*gga" reached #1 on both the US Rap and US R&B/Hip-Hop charts. The dance was also performed by Canadian rapper Drake while hosting the 2014 ESPY Awards.

Bobby was signed to Epic Records after the song's viral success. The track was officially then released as a debut single under Epic and topped the Hot R&B Hip Hop songs chart and peaked at No. 6 on the Billboard Hot 100. It was eventually certified platinum and received over 639 views on YouTube as of July 2020. The song's official remix featured guest vocals from Chris Brown, Busta Rhymes, and others.

Shmurda also quickly became well known for his song "Bobby Bitch," which peaked at No 92 on the Billboard Hot 100. His debut studio album "Shmurda She Wrote" was released in 2014. The album reached #5 on the US Rap chart, #7 on the US R&B/Hip-Hop chart, and #79 on the Billboard 200 chart. He also released the mixtape Shmoney Shmurda (with GS9) in 2014. Shmurda has collaborated with other artists including Uncle Murda, Rowdy Rebel, Chinx, The Game, Ty Dolla $ign, Rich The Kid, Shy Glizzy, Migos, French Montana, Too $hort, Juelz Santana, and more. His debut studio album with Epic Records was scheduled for release in 2016, but it was postponed due to his imprisonment. He freestyled for rapper Meek Mill in February 2017 and claimed he was still writing music while incarcerated. He also featured on rapper 6ix9ine's single "Stoopid" around this time, phoning in his verses over the prison telephone. 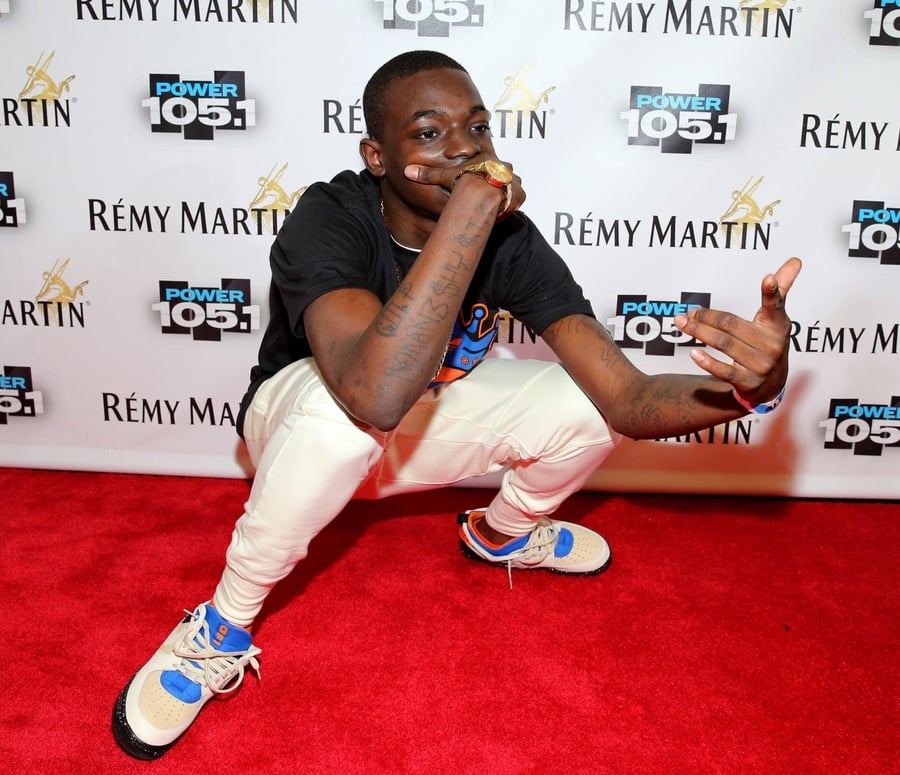 Legal Issues and Incarceration: In June 2014, Shmurda was arrested and charged with a felony criminal possession of a weapon. Police claim they saw him flashing the gun in an apartment and when they went to investigate, he tried to hide it in his couch. He was set free on $10,000 bail. A few months later, he was arrested and charged along with 14 others, including his brother, with conspiracy to commit murder, reckless endangerment, and drug and gun possession. He pled guilty and was held on $2 million bail at Rikers Island jail. Police involved claimed they had been investigating the GS9 gang for murder and shooting indiscriminately at crowds in public places long before Shmurda rose to fame. Police said Shmurda was "the driving force" in GS9. In June of 2015, the rapper and his ex-girlfriend were caught by officials having smuggled a knife into Rikers Island. The pair were charged with two counts of promoting contraband, in addition to one count of criminal possession of a weapon in the fourth degree.

In 2016, Shmurda pled guilty to one count of weapons possession and one count of third-degree conspiracy. He was sentenced to seven years in prison which was changed to five years in prison and two years of probation. In early 2015, he was given a four-year sentence for sneaking a shiv into his cell. However, the sentence will run concurrently to his ongoing seven-year sentence, meaning he will not face additional jail time.

While imprisoned at Rikers, Shmurda was involved in multiple brawls, including a serious one between several inmates of the Bloods and Crips gangs that led him to losing phone privileges and was sent to solitary confinement for a month. In 2017, he was moved to Clinton Correctional Facility in upstate New York to finish his sentence in protective custody. He earns an average of $7.75 per week making 10 to 25 cents per hour while working in prison. His release date is December 11, 2021. 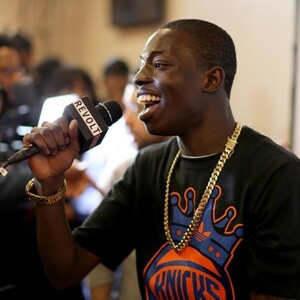