Bizzy Bone Net Worth: Bizzy Bone is an American rapper who has a net worth of $2 million. Bryon Anthony McCane (aka Bizzy Bone) was born September 12, 1976 in Columbus, Ohio. He is best known as the youngest member of the Cleveland rap group Bone Thugs-n-Harmony. Bizzy Bone started his solo career in 1998 and is known for his style of combining rapid fire raps and double-sometimes triple-harmony choruses.

His debut, Heaven'z Movie, made it to #3 on the U.S. Billboard 200 chart and #2 on the Billboard Top R&B/Hip-Hop Albums chart and has been certified Gold by the RIAA. Bizzy Bone became an underground artist and began releasing albums with little or no marketing. The Gift, released on April 7, 2001, peaked at #2 on the U.S. Billboard Independent Albums chart. In 2004, Alpha and Omega was released and reached No. 27 in the Billboard R&B/Hip-Hop Albums chart and No. 152 on the Billboard 200 chart. In 2010, he released The Greatest Rapper Alive and Crossroads: 2010. When Bryon (Bizzy Bone) was 13 years old he went to live with his sisters and their father in Cleveland, Ohio. It was during this period that he met Layzie Bone, Krayzie Bone, Wish Bone and Flesh-n-Bone. Bizzy Bone started in hip-hop as a founding member of the group Bone Thugs-N-Harmony, which was formed in 1993. This Cleveland-based crew first caught the ear of N.W.A. founder Eazy-E. In 2002, he appeared on the FOX series America's Most Wanted (hosted by John Walsh, Adam's father) and revealed facts about his abusive childhood and subsequent molestation. Bryon McCane (aka Bizzy Bone) also wrote and performed a song on the show entitled a.m.W. in which he thanked John Walsh and encouraged other abused children to come forward. 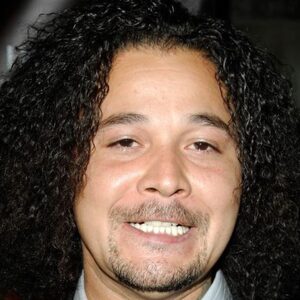