Biz Markie Net Worth: Biz Markie was an American rapper and comedian who had a net worth of $1 million at the time of his death. Biz Markie was best-known for his song "Just a Friend" which was released in 1989. He was often referred to as the "clown prince of hip-hop."

Biz Markie's career began during the 1980s with the release of his debut album "Goin' Off" in 1988. His second album, "The Biz Never Sleeps", produced the top-selling single of Markie's career.

"Just a Friend" climbed to number nine on the U.S. charts and was recognized as one of the Top 100 Greatest One Hit Wonders and as one of the 100 Greatest Songs of Hip Hop by VH1. His third album, "I Need a Haircut", released in 1991 and resulted in a lawsuit against Markie. Gilbert O'Sullivan alleged a sample from his song, "Alone Again (Naturally", was used without permission on the album, and the courts ruled in favor of O'Sullivan. As a result, all copies of the album were pulled from shelves.

Markie's fourth effort, "All Samples Cleared!", was launched in 1993 to minimal sales.

Later Career: Markie spent much of the next few years carving out a role as an actor, with appearances on "In Living Color", "Men in Black II", "Celebrity Fit Club" and "Wild 'n Out". Markie has been featured on several songs with different artists, including the Rolling Stones, Len, Wu-Tang Clan, and the Beastie Boys. He opened for Chris Rock's tour in 2008 and took part in the 2013 "Yo Gabba Gabba" tour. 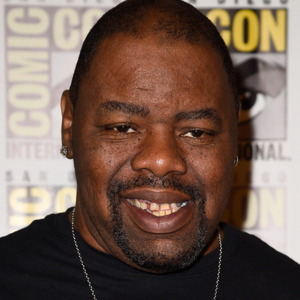