What is Big Sean's net worth and salary?

Big Sean is an American rapper who has a net worth of $26 million. Ever since bursting onto the scene with his 2011 debut album, Big Sean has consistently been one of the most popular and successful artists in the music industry.

Big Sean was born Sean Michael Leonard Anderson on March 25, 1988 in Santa Monica, California. He moved to Detroit, Michigan, when he was 3 months old and was raised by his mother, a teacher, and grandmother, who served in the Army in World War II. When Big Sean refers to the "west side" in his songs, he is actually referring to the west side of Detroit, not California. He graduated with a 3.7 GPA from Cass Technical High School.

Big Sean started rapping in high school, showing off his skills as part of a weekly rap battle contest held by a local Detroit hip-hop station. In 2005, when he heard that Kanye West would be doing a radio interview at the station, he headed there to meet him and try to perform some freestyle for him. West was reluctant to hear him but gave in, and Kanye was reportedly impressed. He left West his demo tape, and in the meantime, Big Sean began to build a following around 2007 through the internet and a series of self-released mixtapes. In 2008, West signed Big Sean to his label, GOOD music, an imprint of Def Jam Recordings. On April 30, 2010, a collaboration between Big Sean and Drake, "Made", leaked on the internet. Big Sean was disappointed over the leak as he felt the track had been unfinished musically and lyrically.

Big Sean's debut studio album "Finally Famous" was released in June 2011. It debuted at No. 3 on the Billboard charts and spawned three hit singles for Big Sean: My Last, Marvin & Chardonnay, and Dance (Ass). The album was rich with guest appearances from John Legend to Kanye West to Wiz Khalifa. In 2017, it was certified platinum.

His second studio album "Hall of Fame" was released in August of 2013. It also debuted at No. 3, and received positive critical praise. It was certified gold in October 2017. His third album "Dark Sky Paradise" debuted in February 2015 at No. 1 on the Billboard charts, making it his first No. 1 album. Collaborators on the album included, once again, Kayne, Ty Dolla Sign, Ariana Grande, and others. Dark Sky Paradise was certified platinum in February 2016. 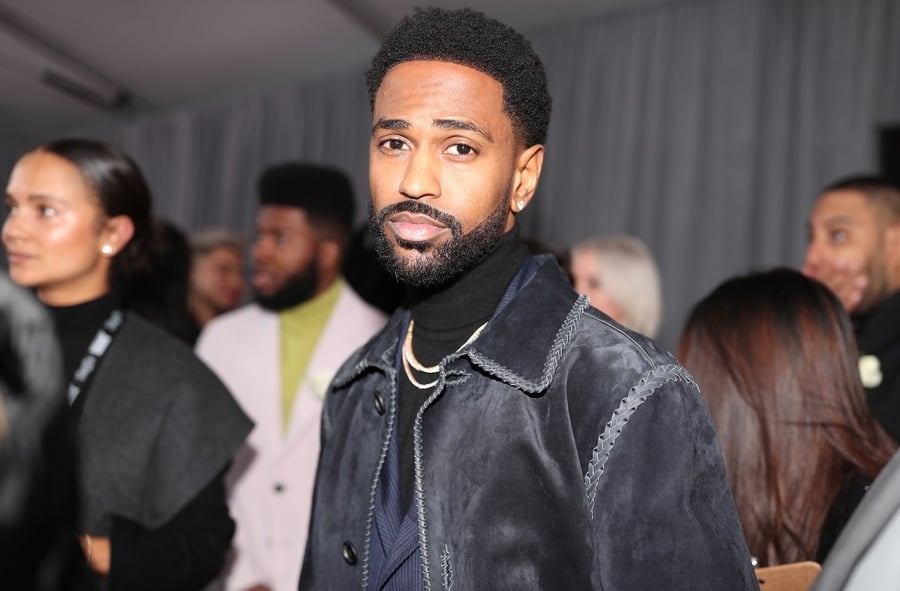 To commemorate his 28th birthday, Big Sean released the track "Get My Shit Together" on March 25, 2016. Two days later, he and Jhene Aiko announced an album, TWENTY88. It became available only on Tidal on April 1, 2016, and became available on Spotify and Apple Music four days later. Big Sean and Jhene Aiko later released a short film called Out of Love, composed of different recordings from the album.

In the wake of the Flint, Michigan water crisis, later in April 2016, Big Sean tweeted to the city of Flint's official Twitter account asking if he could do anything to help. He later donated $10,000 to the cause.

His fourth studio album "I Decided" was released in February 2017. With this, he scored his second No. 1 debuting album. It was certified gold in April 2017. Big Sean released a single featuring 21 Savage, Pull Up N Wreck, on November 3, 2017.

Big Sean released "Overtime", his first solo single since 2017, on July 24, 2019. On August 26, he released another single, Bezerk, and subsequently performed it for the 2019 MTV Video Music Awards.

During his career, he has also made numerous guest appearances on songs with dozens of popular artists. Many of his songs have performed very well on various Billboard charts. He was featured on the song "Clique" with Kanye West, Pusha T and 2 Chainz. His song "I Don't Fuck with You" featuring E-40 reached #14 on the US Billboard hot 100. Big Sean has headlined four world tours and has appeared as the opening act for both J. Cole and Rhianna's tours. Sean is known for his fashion style and has an endorsement deal with shoe company Adidas. In 2013, Big Sean launched Aura Gold, his own clothing company.

He dated "Glee" actress and singer Naya Rivera, whom he met via Twitter, for a little more than a year. They got engaged in October 2013 but unfortunately in April 2014, they announced their breakup. He dated Ariana Grande for eight months. Big Sean and singer Jhene Aiko dated from 2016-2019.

Big Sean was arrested on August 4, 2011 for third-degree sexual assault for an incident at a concert in New York. He pleaded guilty in October 2011 to second-degree unlawful imprisonment. He was fined $750. The sexual assault charges were dropped as part of his plea bargain.

In December 2017, Big Sean paid $8.7 million for an 11,000 square foot home in the exclusive gated community Mulholland Estates, located up in the hills above Sherman Oaks, California. It was originally listed for $11 million. He bought the house from Guns N' Roses guitarist Slash. In August 2021 Sean sold this home for $11.1 million.

In October 2021 Big Sean dropped a little over $8 million on a home, just over the hill from his former house, in the town of Encino, California.