Big Pun net worth: Big Pun was a Puerto Rican-American rap artist and actor who had a net worth of $3 million dollars at the time of his death.

Big Pun emerged in the underground hip hop scene in New York City in the 1990s and became known as one of the best MCs of all time.

He scored his first mainstream hit in 1997 with the Knobody remix of his song, "I'm Not a Player", featuring Joe, released as, "Still Not a Player". This led to his first solo album, 1998's "Capital Punishment", which went Platinum. It was the first album by a solo Latino rap artist to achieve Platinum status. He passed away in 2000 from a heart attack. His second album, which was released two months after his death, also went Platinum. Another album was released in 2001.

Early Life: Big Pun was born on November 10, 1971 and given the name Christopher Lee Rios. He was born in the borough of the Bronx, New York City and is of Puerto Rican descent. He grew up with two sisters and one brother. When he was five In 1976, he broke his leg while playing in the park and later received a large settlement from the city. He was able to use this money to marry his high school sweetheart and move into a house together, which was especially nice for Rios considering he spent part of the late 1980s in a period of homelessness. In general, Rios's childhood was tumultuous and he often coped with periods of turmoil by eating. In his late teens, his weight exceeded over 300 lbs.

Career: During the late 1980s, Rios began writing rap lyrics and formed the underground group Full-A-Clips. At this time, he was operating under the name Big Moon Dawg but then changed his name to Big Pun in 1995. The same year, he met fellow Puerto Rican rapper, Fat Joe, who invited Rios to guest appear on his second album, "Jealous One's Envy."

Big Pun began recording his own songs around that time in preparation for his debut album, "Capital Punishment." He began working with the producer Knobody, who remixed "I'm Not a Player," one of Big Pun's tracks. The resulting track, entitled "Still Not a Player," became Big Pun's first mainstream hit and helped him develop greater name recognition in advance of the release of his album. "Capital Punishment" was released in 1998 and peaked at number 5 on the Billboard 200. It was the first album by a solo Latino rapper to go platinum and was also nominated for a Grammy Award in the Best Rap Album category.

Following the success of his album, Big Pun became a member of the Terror Squad, a group of New York rappers founded by Fat Joe. The group released a collaboration album in 1999, "The Album," which received positive critical reviews despite not faring well commercially. 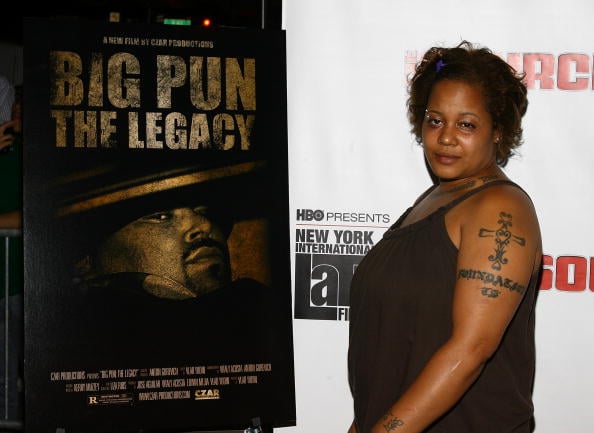 Personal Life & Death: Big Pun married his high school sweetheart, Liza, in 1990. They had three children together – Star, Vanessa, and Christopher Jr. Big Pun's weight was a constant source of struggle in the artist's life. After reaching 300 pounds by the age of 21, he continued gaining weight throughout his early adult life. Many of his friends and family were concerned about his weight and encouraged him to try to become healthier. He did successfully lose 100 pounds after joining a weight-loss program at Duke University, though he quit the program early and eventually gained the weight back.

Big Pun was scheduled to perform on "Saturday Night Live" with Fat Joe an Jennifer Lopez on February 5, 2000 but withdrew from the show as he had begun feeling ill. At this point in his life, his weight had reached 698 pounds. Two days later, while at a hotel with his family in New York, he suffered a heart attack and respiratory failure. He was taken to the hospital but was unable to be revived. He died at the age of 28.

Posthumous Works: Before his death, Big Pun had been working on his second album, "Yeeeah Baby." The album was completed after his death and released in April of 2000. The album did very well, peaking at number 3 on the Billboard charts and earning gold status within three months of its release. The following April, in 2001, a compilation album was released. This album, entitled "Endangered Species," featured some of Big Pun's greatest hits, as well as some previously unreleased material and remixed versions of some of his best verses. The album also did well, peaking at number 7 on the Billboard charts. He can also be heard on Fat Joe's album, "Duets: The Final Chapter," which features music of The Notorious B.I.G., who was also recently deceased. Big Pun is also heard on "True Story," the second album from Terror Squad.

Sony Music Entertainment planned to release a second posthumous album of Big Pun's music in 2006. However, the release plans were halted due to a dispute with producer John "Jellybean" Benitez who owned the publishing rights to many of the tracks that were intended to be featured on the album.

In March of 2021, an intersection in the borough of the Bronx in New York City was named "Big Pun Plaza" in honor of the rapper, while originally hailed from the Bronx. A ceremony was held which was attended by his family and friends. 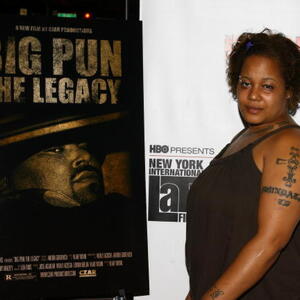