Big Krit Net Worth: Big Krit is an American rapper and record producer who has a net worth of $400 thousand. The man behind the stage name Big K.R.I.T. (King Remembered In Time) has managed to distinguish himself on the rap scene from an early age.

Born Justin Scott on August 26, 1986 in Meridian, Mississippi, he started rapping at the age of twelve and by the time he turned 14 he began producing as well. After a decade of active work, Big Krit finally garnered critical acclaim for his mixtape, K.R.I.T. Wuz Here, which was released in May 2010. Ever since, he saw the release of several other mixtapes: Return of 4Eva (2011), 4eva N a Day (2012), Live from the Underground (2012) and King Remembered In Time (2013). Most recently, he is working on a new project titled Cadillactica, which is slated for a 2014 release. 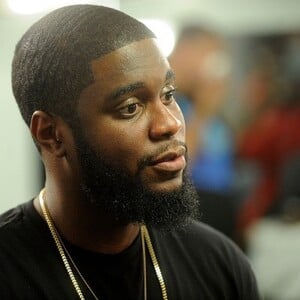