What is Big Daddy Kane's Net Worth?

Big Daddy Kane is an American rapper and producer who has a net worth of $500 thousand. Big Daddy Kane is widely considered to be one of the most influential and skilled MCs in Hip Hop. He started his career in 1986 as a member of the rap group the Juice Crew.

He was born Antonio Hardy on September 10, 1968 in Brooklyn, New York.

He designed his stage name from two parts. The Kane part came from his fascination with the martial arts flicks when he was young and the Big Daddy came from something that happened on a ski trip one time involving a young lady.

In 1984, he became friends with Biz Markie, and he would co-write some of Biz's best-known lyrics. Biz and Big Daddy became members of the Queens-based band Juice Crew in 1986, headed up by renowned producer Marley Marl. Kane signed with Tyrone Williams and Len Fitchelberg's Cold Chillin Records label in 1987. That year, he debuted his debut 12″ single "Raw," which quickly became an underground hit.

His first two albums are also considered Hip Hop classics. He released his debut album under Cold Chillin' Records in the early summer of 1988 called Long Live the Kane which featured the hip hop hit, "Ain't No Half Steppin". Later that year, Kane released his next album and his biggest hit to date, "It's a Big Daddy Thing." The album included '70s samples of classics like "Smooth Operator" and "I Get the Job Done." The track "The Symphony" featured Juice Crew members Craig G, Masta Ace, and Kool G. Rap.

In 1991, Kane appeared on Patti LaBell's 1991 album "Burnin," providing the rap chorus to the single "Feels Like Another One" and also appearing in the music video for "Live in New York." Around this time, Kane also contributed the song "Nuff Respect" to the soundtrack of "Juice," starring Omar Epps and Tupac Shakur. In 1991, he won the Grammy Award for Best Rap Performance by a Duo for his performance on the Quincy Jones collab track "Back on the Block" off the album of the same name. In 1986-1997, during the golden age of hip hop, Kane was widely considered one of the greatest rappers on the scene.

As an actor, Kane debuted in 1993's "Posse" by Mario Van Peebles and appeared in "The Meteor Man." Around this time he also posed for Playgirl and in Madonna's book "Sex." In 1996, Kane collaborated with Tupac on "Where Ever U R." Jay-Z toured with Kane throughout the '90s and was featured on Kane's track "Show & Prove" from 1994's "Daddy's Home."

In 1995, he recorded with MC Hammer and Tupac Shakur on the rap song "Too Late Playa". He signed with Death Row East in 1996. In 1997, Kane teamed up with Frankie Cutlass in a collaboration on his third single title "The Cypher Part 3." He occasionally collaborated with a variety of hip-hop artists, including Jurassic 5, Little Brother, and DJ Babu of the Beat Junkies. Big Daddy appeared on 2000's "The Piece Maker" mixtape by Tony Touch. Kane began collaborating with a variety of popular hip hop artists around this time such as A Tribe Called Quest" and Jurassic 5. He appeared on the trip-hop group Morcheeba's 2003 single "What's Your Name". In 2005, he was honored during the VH1 Hip-Hop Honors. A medley of his hits were performed by Common, T.I., and Black Thought before Kane came out and performed "Warm It Up, Kane" with his former back up dancers Scoob and Scrap. 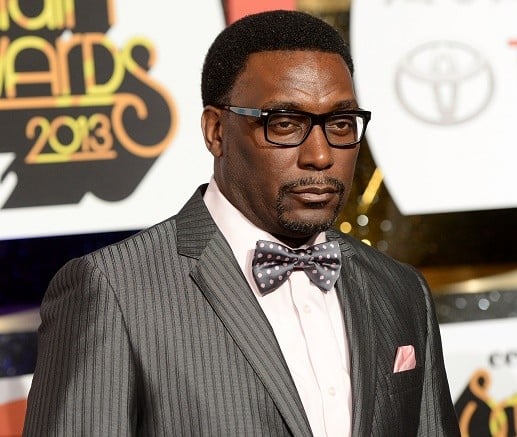 In 2006, he appeared as a guest MC on the track "Get Wild Off This", produced by The Stanton Warriors for their "Stanton Sessions Vol. 2" breaks mix. He also appeared alongside the Wu-Tang Clan, Rakim, and his longtime friends Busta Rhymes and Q-Tip in a segment of the 2006 Summer Jam concert, as part of an initiative by Busta Rhymes to honor the legacy of New York City hip hop. He released a new track "BK Mentality" in 2007. In 2008, Kane made a cameo in the 2008 video for "Game's Pain," a track by rapper The Game." In 2009 he returned to the big screen when he played the role of Clay in the film "Just Another Day." In 2016, Kane was featured on Tito Jackson's single "Get It Baby" and he also appeared in the documentary "Hip-Hop Evolution."

His later albums such as "Looks Like a Job For" were acclaimed but didn't find the same commercial and artist success of "It's a Big Daddy Thing." In 1998, Kane released his final solo studio album "Veteranz' Day," which didn't sell well and received mixed reviews. Big Daddy Kane continues to tour extensively, however. In June 2020, Kane released the single "Enough," a protest song with the aim of addressing issues around police brutality and racism.

Big Daddy Kane has been married to Shawnette Hardy since 2010. The couple has a son named Lamel Hardy. The family resides in Raleigh, North Carolina.