Beenie Man net worth: Beenie Man is a Jamaican musician who has a net worth of $4 million. Beenie Man was born Anthony Moses Davis in Kingston, Jamaica in August 1973. He was encouraged into music by his uncle who played drums for Jimmy Cliff. His debut single "Too Fancy" was released in 1981 and his first album The Invincible Beenie Man: The Ten Year Old DJ Wonder was released in 1983.

His career was put on hold so he could finish school and do some traveling. He returned to music and released 10 albums in the 1990s. He signed with Island Records in 1994 and released the album Blessed. Some of his most successful songs include "Who Am I (Sim Simma)", "Girls Dem Sugar", "Feel it Boy", and "Dude". He has been involved in controversy for anti-gay lyrics and a feud with Yellowman. He married Michelle "D'Angel" Downer in 2006 but later divorced in 2011. They had a son Marco Dean born in 2006. Starting in 1993 he won the DJ of the Year Award for eight consecutive years. He won a Grammy Award for Best Reggae Album for 2000's Art & Life. 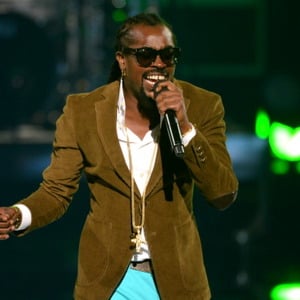