Becky G Net Worth: Becky G is an American singer, rapper, actress, and dancer who has a net worth of $7 million. Becky G first drew public attention by covering popular songs on YouTube. In 2013, she released both her debut single, "Becky from the Block," and her debut EP, "Play it Again." The following year, she achieved mainstream success with her single "Shower," which made it onto the top 20 of the Billboard Hot 100.

Early Life and Career Beginnings: Becky G was born as Rebbeca Marie Gomez in 1997 in Inglewood, California. Through her parents, Alejandra and Francisco, she is Mexican-American, and has two brothers and a younger sister. When Gomez was around nine, the family lost their home due to financial difficulties. To help out, Gomez started to work part-time jobs, including doing commercials and voiceover work. She initially attended public school, but transitioned to homeschool due to bullying problems.

In 2008, Gomez appeared in the short film "El Tux" and the Discovery Channel television film "La estación de la Calle Olvera." The next year, she realized her dreams of becoming a singer when she joined the girl group G.L.A.M., with which she filmed a music video. During this time, Gomez started recording herself singing and rapping, and posted her videos on YouTube. She also began writing her own songs, and learned how to play guitar. Subsequently, Gomez befriended and worked with production duo The Jam; together, they did covers of songs including "Novacane," "Boyfriend," and "Otis."

Commercial Breakthroughs: Gomez's cover of "Otis" drew the attention of producer Dr. Luke, who ended up signing the young artist to his label Kemosabe Records. While working on her debut album, Gomez collaborated on various projects with a number of other artists, including will.i.am, Cher Lloyd, and Cody Simpson. In 2013, she released her official debut single, "Becky from the Block," a cover of Jennifer Lopez's 2003 single "Jenny from the Block." Later in 2013, Gomez released her debut EP, "Play it Again," which comprised five songs. This was followed by a second single called "Can't Get Enough"; featuring guest vocals from Pitbull, it went on to top the Latin Rhythm Airplay chart in the US.

Gomez's biggest success yet came with the release of her single "Shower" in 2014. Making it to the top 20 of the Billboard Hot 100, it also achieved major play in countries including Australia and Sweden, and received an RIAA multi-platinum certification. Following this, Gomez became the spokeswoman for CoverGirl, filming commercials and featuring the brand in her music videos. She also released the singles "Can't Stop Dancin'," "Lovin' So Hard," and "Break a Sweat," and did a co-headlining tour with Colombian singer J Balvin.

Transition to Latin Music: In 2016, Gomez released her single "Sola," her first to be sung entirely in Spanish. She followed this with another Spanish song called "Mangú." Gomez continued to explore the world of Latin music, drawing on her Mexican heritage and her love of late Tejano singer Selena. She released the single "Todo Cambio" in early 2017, and subsequently collaborated with Argentine singer Axel on the single "Que Nos Animemos." A little later, she released "Mayores," the first single from her debut album. Featuring rapper Bad Bunny, the song topped the charts in Spain, Chile, El Salvador, and Ecuador, and hit number three on the Billboard Hot Latin Songs chart. 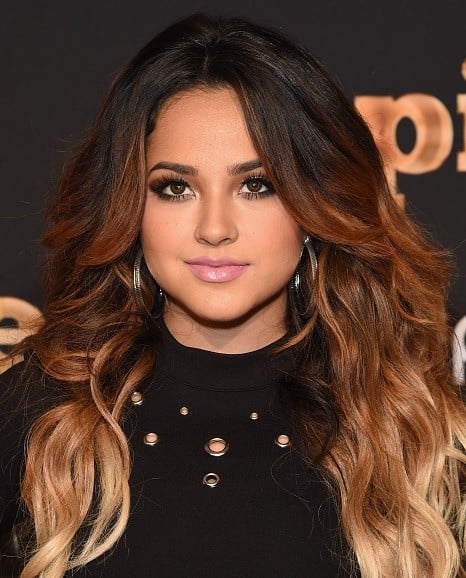 Gomez's success with "Mayores" led to numerous high-profile collaborations. Among them, she joined singer Leslie Grace on the song "Díganle," and collaborated with Lindsey Stirling on the Christmas album "Warmer in the Winter." In 2018, Gomez was featured on Sean Paul's and David Guetta's "Mad Love," and joined Natti Natasha for the song "Sin Pijama." Other collaborations were with artists such as Paulo Londra, Joss Favela, Kane Brown, and Maluma. Gomez also released the song "Booty" with Spanish singer C. Tangana, which peaked at number three in Spain and became certified platinum in the US.

Further Collaborations and Debut Album: In 2019, Gomez made her return to English-language music with the songs "LBD" and "Green Light Go." She also continued her collaborations, joining Maluma for the single "La Respuesta," Myke Towers for the song "Dollar," and Zayn Malik for a bilingual version of "A Whole New World," featured on the soundtrack to Disney's "Aladdin" remake. Later in 2019, Gomez was featured on Akon's single "Cómo No" and J-Hope's multilingual song "Chicken Noodle Soup."

In October of 2019, Gomez released her debut album, entitled "Mala Santa"; featuring collaborations with artists such as Darell, Farruko, and Mau y Ricky, the album was a significant success, debuting in the top five of the Billboard Top Latin Albums chart. Following this, Gomez had collaborations with Carlos Rivera, Gente de Zona, and Ozuna, among others.

Acting Career: Gomez made her feature film acting debut in 2017, playing the Yellow Ranger, Trini Kwan, in a live-action reboot of "Power Rangers." The character received attention for being the first LGBT superhero on the big screen. Following this, Gomez starred in the science-fiction adventure film "A.X.L.," and had the leading role in the animated fantasy film "Gnome Alone," costarring Josh Peck.

On television, Gomez appeared as herself in episodes of "Teens Wanna Know," "Tu día alegre," and "Austin & Ally." In 2015, she played Valentine Galindo in two episodes of the Fox musical drama series "Empire."

After an attack by a fan in Mexico City in 2017, Gomez took to Snapchat to discuss the incident, and revealed that she struggles with anxiety. 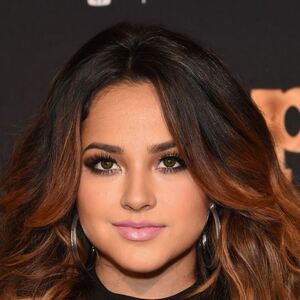