How much is BamBam Worth?

BamBam Net Worth: BamBam is a South-Korean-based, Thai-born rapper and singer who has a net worth of $10 million. BamBam first earned international fame as a member of the South Korean boy band Got7. He is also a social media and fashion influencer with well over 13 million followers on Instagram alone.

Early Life: BamBam was born Kunpimook Bhuwakul on May 2, 1997 in Bangkok, Thailand. He adopted the stage name BamBam as a reference to Bamm-Bamm from "The Flintstones."

As a kid he became exposed to music through his mother. She was a huge fan of singers like Rain and brought him to several concerts. He started to learn dance at a young age then began taking singing lessons. He was even part of a dance crew called We Zaa Cool which also featured future Blackpink superstar Lisa.

Career: After winning several more competitions, at the age of 13 he had moved to South Korea to become a trainee at JYP Entertainment. He spent more than three years training and practicing in what eventually became the boy band Got7.

The band was officially introduced on January 1, 2014. The group was JYP's first boy band in 8 years.

On January 16, 2014, Got7 released a music video for the song "Girls Girls Girls." That same month the group won the New Artist Award at the 29th Golden Disc Awards. They won a similar award at the 24th Seoul Music Awards.

They released a second full-length album, "Moriagatteyo" in 2016. Also in 2016 they released "Flight Log: Turbulence."

Departure from JYPE: On January 19, 2011 BamBam announced he was leaving JYP Entertainment upon to expiration of his contract. He soon signed a new contract with Abyss Company. 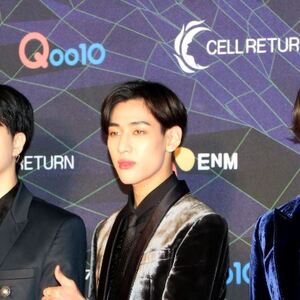