What is Bad Bunny's Net Worth?

Bad Bunny is a Puerto Rican rapper, singer, and songwriter who has a net worth of $18 million. Bunny has experienced a meteoric rise to fame over a relatively short period of time. In 2020, Bad Bunny was the most-streamed artist in the world, and his songs were streamed a total of 8 billion times. His music is typically classified as "Latin rap" or reggaeton, although he has also ventured into sub-genres such as rock, bachata, and soul. Bad Bunny is known for his slurred vocal delivery style and his unique sense of style.

After gaining popularity on SoundCloud while living in Puerto Rico, Bad Bunny signed a record deal and released the breakthrough track "Soy Peor." He then gained even more notoriety by collaborating with Drake and Cardi B on tracks like "I Like It" and "Mia." These chart-topping tracks propelled Bad Bunny into the spotlight, and this set the stage for the release of his debut album in 2018, entitled "X 100pre." He then collaborated with J Balvin to create the album "Oasis," which contained a number of additional smash hit.

By 2020, Bad Bunny was one of the most popular artists in the world. He performed at the Super Bowl halftime show, and he was also featured on the cover of "Rolling Stone" magazine. Capitalizing on this success, Bad Bunny released his second studio album in 2020, entitled "YHLQMDLG." He became incredibly productive towards the end of the year, releasing a compilation album and a third album, "El Ultimo Tour Del Mundo." This latter album made history, as it was the first-ever Spanish-language album to top the US Billboard 200. The popularity of "El Ultimo Tour Del Mundo" was fueled by his number-one single, "Dakiti."

Benito Antonio Martínez was born on March 10th of 1994 in Almirante Sur barrio, Vega Baja, Puerto Rico. Some of Benito's first experiences with music came when his mother played salsa, merengue, and ballads while he was growing up. Raised alongside two younger brothers, Benito later stated that he preferred to be at home with his family instead of out on the streets with friends.

Bad Bunny grew up in a strict Catholic household and sang in the choir until the age of 13. Although he abandoned singing in the choir, he quickly became inspired by artists like Daddy Yankee. Eventually, he began performing in front of his fellow students at middle school. At this point, he adopted the stage name "Bad Bunny" because of an old photo of him with an angry expression while being forced to wear a bunny outfit as a child.

While Benito was a shy high school student, he created freestyle raps and performed them in front of his peers as a joke. During this period, he also became passionate about skateboarding and professional wrestling. Despite receiving all kinds of different advice from various people about his post-secondary options, Bad Bunny knew that he wanted to go into music after graduating. One he left high school, he enrolled at the University of Puerto Rico and studied audiovisual communication.

In 2016, Bad Bunny was working as a bagger at a grocery store while studying at university and releasing music on SoundCloud. Eventually, DJ Lucian noticed his song "Diles" and signed him to a record label called Hear this Music. Bad Bunny then collaborated with a production team known as the Mambo Kingz, who were immediately caught off guard by Bunny's unique sound and style of dress.

Over the next period, Bad Bunny successfully released multiple top-ten songs on the Latin Charts. Fueled by incredible streaming numbers and hundred of millions of views on YouTube, Bad Bunny eventually became one of the hottest artists in the Latin American trap scene. Songs like "Soy Peor," "Krippy Kush," and "Ahora Me Llama" helped him breakthrough as a mainstream artist. 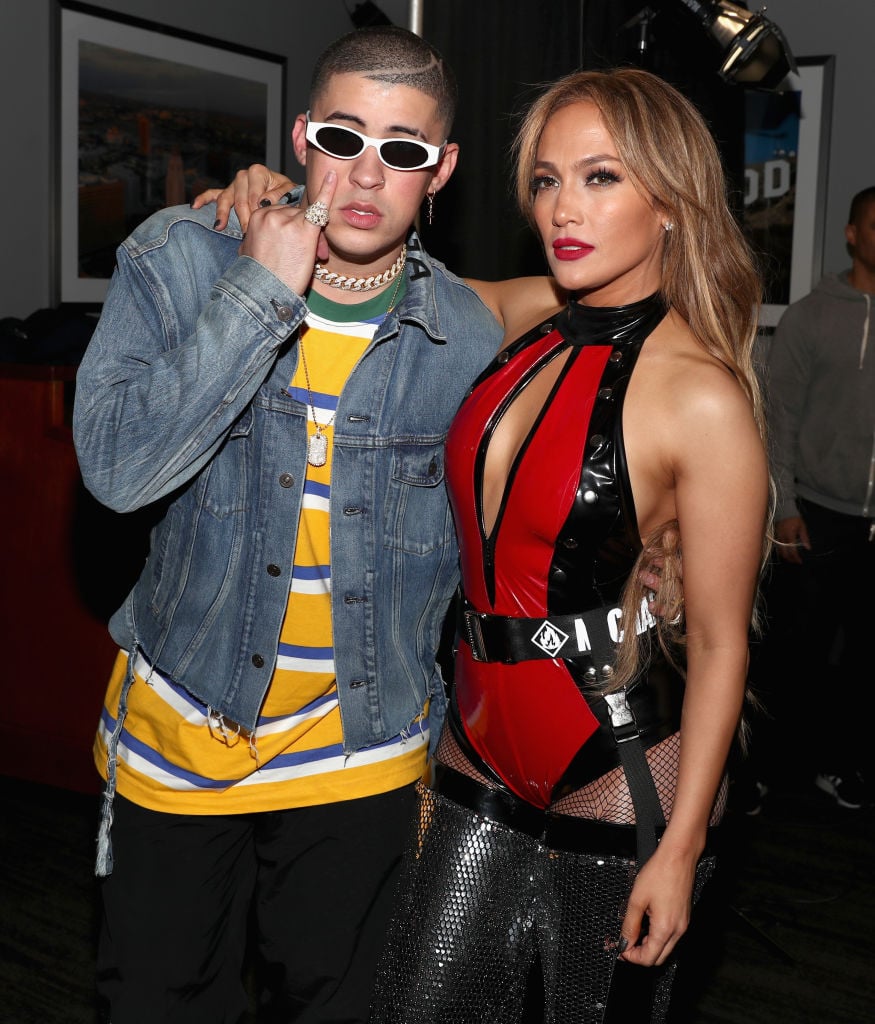 In 2017, he signed more contracts and started appearing on television. Bad Bunny also collaborated heavily with other Latin artists like J Balvin, Prince Royce, and Ozuna. In 2018, he started to crossover into English-language music with "I Like It." The track featured Cardi B, and Bunny raps in English, Spanglish, and Spanish. "I Like It" became his first chart-topping single, and it led to another collaboration with Drake: "Mia."

In 2018, Bad Bunny was ready to release his first studio album. This came shortly after he left Hear This Music and signed with Rimas Entertainment, as his previous record label was not contributing the production process, and they also prevented Bunny from releasing an album. "X 100pre" received strong reviews from critics, and he toured extensively over the next period.

Bad Bunny then followed up in 2019 with "Oasis," which was a collaboration with J Balvin. That year, he performed at Coachella. After appearing at the Super Bowl halftime show in 2020, Bunny released "YHLQMDLG," which is an acronym for "Yo hago lo que me da la gana." He was praised by critics for his versatility, and he followed up with a third album later that year, which took a lot of people by surprise. During the Covid-19 crisis, Bad Bunny released music with themes of isolation, quarantine, and anxiety.

In 2017, Bad Bunny met Gabriela Berlingeri while dining at a restaurant with his family. The pair started dating, and over the next few years Gabriela became closely involved with his musical and professional development. She helped him record the song "Te Guste" by singing scratch vocals, and she also photographed him for the cover of "Rolling Stone." Bad Bunny has stated that Berlingeri offers him close emotional support at a time "when I needed it most." 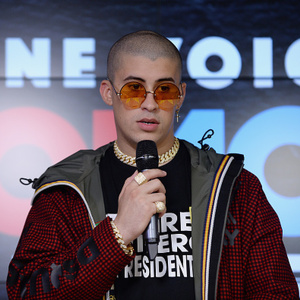