What is Awkwafina's Net Worth and Salary?

Awkwafina is an American rapper, comedian, actress and television personality who has a net worth of $8 million. Awkwafina first achieved widespread recognition in 2012 for her viral YouTube song "My Vag." She went on to release a hip hop album, appear on the MTV comedy series "Girl Code," and star in such films as "Ocean's 8," "Crazy Rich Asians," and "The Farewell." Among her other work, Awkwafina is the co-creator and writer of the television series "Awkwafina is Nora from Queens."

Awkwafina was born as Nora Lum on June 2, 1988 on Long Island, New York to Tia, a Korean-American painter, and Wally, who is of Chinese descent. She grew up in the Queens borough in the Forest Hills neighborhood. When Awkwafina was four, her mother passed away, and she was subsequently raised by her father and paternal grandparents. As a teen, she went to Fiorello H. LaGuardia High School, where she was trained in jazz and classical music and played the trumpet. She assumed the sobriquet "Awkwafina" during this time. From 2006 to 2008, she studied Mandarin at the Beijing Language and Culture University. Following this, Awkwafina attended the University at Albany, State University of New York, from which she graduated with degrees in journalism and women's studies in 2011.

Before she got into entertainment, Awkwafina interned at the New York publications the Gotham Gazette and the Times Union. She was also a publicity assistant for the publishing house Rodale Books. Eventually, Awkwafina put her long-standing rap skills to good use. She had something of a breakthrough in 2012, when her song "My Vag" went viral on YouTube. When she was recognized by her employer in the video, she was fired from her job at Rodale Books. Awkwafina then took a job at a vegan bodega. In 2014, she released her debut hip hop album, entitled "Yellow Ranger." Also that year, she appeared in multiple episodes of the MTV comedy television series "Girl Code"; she subsequently co-hosted a spin-off entitled "Girl Code Live." From 2015 to 2017, Awkwafina hosted the short-form talk show web series "Tawk."

Awkwafina made her debut on the big screen in 2016 with a supporting role in the comedy sequel "Neighbors 2: Sorority Rising." Also that year, she lent her voice to the animated kids' film "Storks." Awkwafina had bigger roles in 2018: in addition to the coming-of-age dramedy "Dude," she co-starred in the heist comedy spinoff "Ocean's 8" and the romantic dramedy "Crazy Rich Asians." In the latter, she played Goh Peik Lin, a Singaporean friend of the main female character.

Awkwafina had her most prolific movie year yet in 2019, when she appeared in five films. Among them were the fantasy films "Paradise Hills" and "Jumanji: The Next Level." Awkwafina's most significant 2019 film, however, was "The Farewell," in which she starred as a Chinese-American woman traveling to China to visit her ailing grandmother. For her performance, Awkwafina won the Golden Globe Award for Best Actress – Motion Picture Comedy or Musical. Her later credits have included the crime dramedy "Breaking News in Yuba County"; the Disney animated film "Raya and the Last Dragon," in which she voiced Sisu the dragon; the Marvel superhero film "Shang-Chi and the Legend of the Ten Rings"; the science-fiction drama "Swan Song"; and the animated comedy "The Bad Guys." 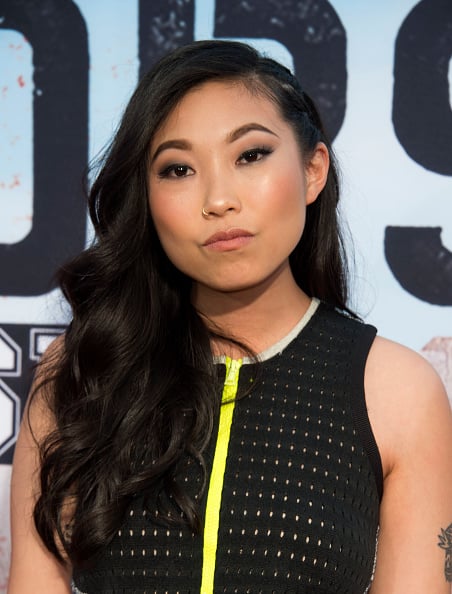 Awkwafina had her first acting role on a regular series in 2017, when she appeared in three episodes of the Hulu streaming series "Future Man." She was subsequently in episodes of "Weird City," "The Simpsons," and "Tuca & Bertie," and voiced skekLach the Collector on the Netflix streaming series "The Dark Crystal: Age of Resistance." In 2020, Awkwafina launched her own show, called "Awkwafina is Nora from Queens," which she stars on, writes, and executive produces. Airing on Comedy Central, the show focuses on a twenty-something woman in Queens navigating the vagaries of young adulthood.

Among her other appearances, Awkwafina was featured in a Gap ad campaign focused on burgeoning artists who remix their creative cultures how they see fit. In 2015, she released a guidebook called "Awkwafina's NYC." Later, in 2019, she headlined EEEEEATSCON, the annual food festival of the restaurant recommendation service The Infatuation.

Notably, Awkwafina has been met with backlash in some circles for allegedly appropriating African-American vernacular English and other mannerisms of the African-American community. She has responded by posting to Twitter and defending her immigrant identity and deep-seated love for hip hop. However, many activists and journalists found her response to be closer to a non-apology than anything else.

In November 2019, Akwafina paid $2.277 million for a townhouse in West Hollywood.

In April 2021 Akwafina paid $3.5 million for a home in the Bel Air neighborhood of Los Angeles. 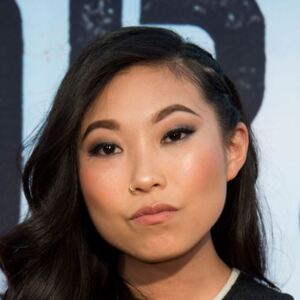