A$AP Rocky net worth: A$AP Rocky is an American rapper who has a net worth of $10 million. He is a member of the hip hop collective A$AP Mob, from which he adopted his moniker. In addition to success in hip hop music and apparel, A$AP Rocky is also a noted record producer, producing under the pseudonym Lord Flacko.

Early Life: A$AP Rocky was born in Harlem as Rakim Mayers on October 3, 1988. Mayers became interested in rap music while he was in primary school; by third grade he was writing his first rap songs. When Mayers was 12 years old, his father was incarcerated for dealing drugs, his older brother was killed, and the remaining members of his family moved into a shelter. While moving around homeless shelters with his mother and sister, A$AP Rocky sold cannabis and crack and continued to write rap songs. He served two weeks in prison for drug dealing and shared a cell with Cassanova, another future rapper.

Career: A$AP Rocky joined the A$AP Mob Crew (a Harlem-based collective of rappers, producers, and other talented people interested in the music scene) in 2007. He sprang onto the national rap scene in early 2011, when one of his singles, "Peso", found its way onto the internet, and then onto Hot 97, one of the tri-state areas most popular radio stations. A second track, "Purple Swag", soon followed, and their accompanying music videos were instant hits. He signed a record deal worth $3 million dollars with Sony, RCA Records, and Polo Grounds Music, and began touring almost immediately – $1.7 million of which was earmarked for his solo work and $1.3 million earmarked to fund his company ASAP Worldwide, along with A&R and executive producer Steven Rodriguez (known as ASAP Yams).

Rocky performed at the Pitchfork Music Festival in July 2012. Later that month, he was scheduled to make his TV debut on Late Night with Jimmy Fallon, but was arrested the night before following alleged involvement in a brawl. His performance was rescheduled for August 21, and he performed "Goldie" on the late show.

In 2013, Rocky recorded his debut album "Long. Live. A$AP" which was also well received by critics and debuted at number one on the Billboard 200. He promoted the album with a 40-date national tour. Long. Live. A$AP. was later certified gold, on March 16, 2015. In addition to his music success, later in 2013 he released his ASAP clothing brand, and went to collaborate with high-profile fashion designer and close friend Raf Simons.

After releasing two hit singles in 2014, Rocky's second studio album, "A.L.L.A", was leaked online on May 25, 2015, one week before its expected release. His second album received generally positive critical reviews, and debuted No. 1 on the Billboard 200, giving him his second consecutive number-one charting album. However. A.L.L.A declined quickly in sales and became his lowest-selling album of his career.

Rocky collaborated in 2018 with Gucci Mane and 21 Savage on the song "Cocky", in promotion for the film Uncle Drew. He released a single, Bad Company, on March 27, 2018, and a second single "A$AP Forever" on April 5. His album, Testing, was released on May 25, 2018 and debuted at No. 4 on the Billboard charts. Over the years, A$AP has collaborated with a number of other artists such as Tyler, the Creator, Drake, Kid Cudi, Frank Ocean, and Lana Del Ray.

In addition to a successful musical career, A$AP has appeared in the films Dope, Zoolander 2, Popstar: Never Stop Never Stopping, and All Rise. 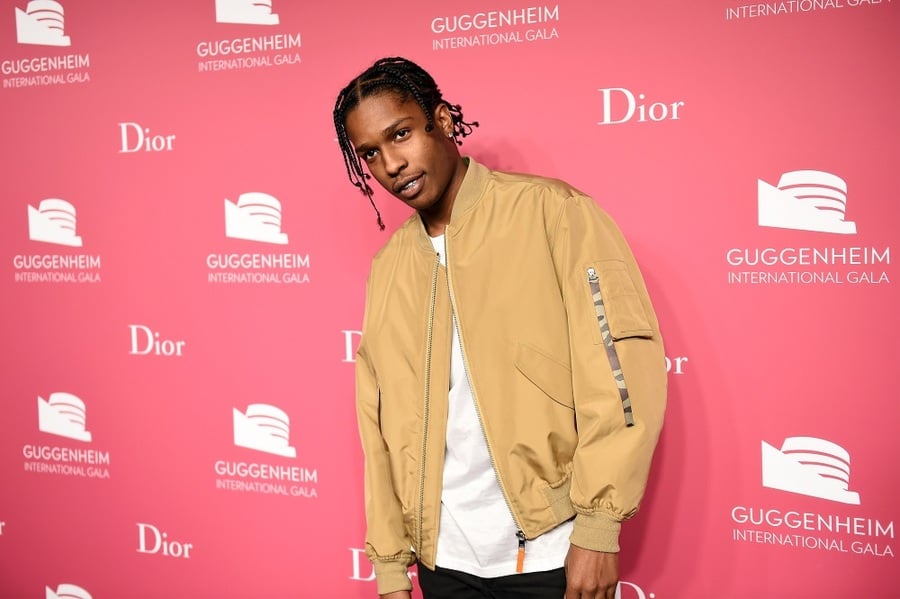 Legal Issues: Rocky was sued in July 2012 for allegedly attacking a man after he spotted A$AP doing drugs in a clothing store in NYC. He was arrested for assault after photos of the incident surfaced and later worked out a plea bargain.

On August 31, 2014, A$AP was charged with a misdemeanor and assault after allegedly slapping a woman during a music festival. A witness failed to appear in court so the case was dismissed, however, the woman later filed a lawsuit in July 2014. It was settled in private in April 2015.

A$AP Rocky was arrested for aggravated assault in July 2019 in Stockholm, Sweden, after a street altercation against Mustafa Jafari. Jafari was allegedly beaten and kicked during the incident. Rocky uploaded two videos of the incident to Instagram, one showing him and his entourage asking two young men, including Jafari, to stop following them. The second video shows Jafari's headphones breaking during a scuffle, and Jafari is seen hitting A$AP's bodyguard with the headphones. Surveillance footage shows the bodyguard attacking Jafari. Jafari was taken to the hospital by ambulance, and A$AP and his bodyguard were taken into custody, as it was judged that there was a risk he may flee or tamper with evidence. They were kept in custody at Kronoberg Remand Prison until the July 30 trial began, putting Rocky's tour on hiatus. He was visited by the U.S. Embassy after his arrest, the family asked Al Sharpton for help getting him released, and many other activists, politicians, and fellow musicians called for his release to no avail.

A$AP Rocky pleaded not guilty to assault. The trial ended on August 2 and he was released from custody to await an August 14 verdict. He left Sweden to return back to the U.S. via his private jet, knowing if the final sentence was longer than time already served, he would be remanded back to Sweden to serve the rest of his sentence. He was convicted of assault, given a suspended prison sentence of one month (which he had already served), and had to pay $1,270 in damages to the victim. 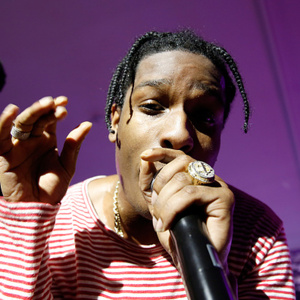