apl.de.ap net worth: apl.de.ap is a Filipino American rapper, singer, musician, and record producer who has a net worth of $20 million. apl.de.ap was born in Angeles, Pampanga, Philippines in November 1974. He is best known for being a member of the hip hop group The Black Eyed Peas.

The group formed in 1992 and released their debut studio album Behind the Front in 1998. The Black Eyed Peas released the album Bridging the Gap in 2000. Their album Elephunk was released in 2003 and reached #1 in Australia and Switzerland and the Top 5 in six other countries. The Black Eyed Peas released the album Monkey Business in 2005. The album was #1 in six countries and reached #2 in the US. The album sold 10 million copies worldwide. The Black Eyed Peas released the album The E.N.D. in 2009 which reached #1 in several countries including the US and sold 11 million copies worldwide. Their 2010 album The Beginning reached the Top 10 in many countries including the US. Their #1 singles include the songs "Where Is the Love?", "Shut Up", "Don't Phunk with My Heart", "My Humps", "Boom Boom Pow", "I Gotta Feeling", "Meet Me Halfway", "Imma Be", and "The Time (Dirty Bit)". apl.de.ap released his solo mixtape It's Me Applebees in 2011. 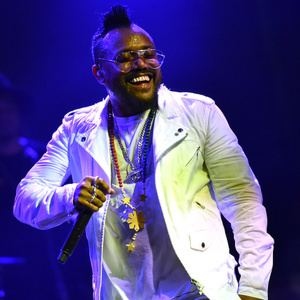