Ali B. Net Worth

in Richest Celebrities › Rappers
Ali B. Net Worth:
$5 Million

Ali B net worth: Ali B is a Dutch rapper who has a net worth of $5 million. Ali B was born in Zaanstad, Netherlands in October 1981. He is one of the most popular rappers in the Netherlands and is known as the first well-known Moroccan-Dutch star in Dutch culture.

Ali B has performed with Akon and Marco Borsato and did an Arab Remix of Akon's song "Ghetto" in 2007. Ali B started hosting the Dutch television series Ali B op volle toeren in 2011. He has also been a coach on The Voice of Holland since 2013. Ali B has released three studio albums. 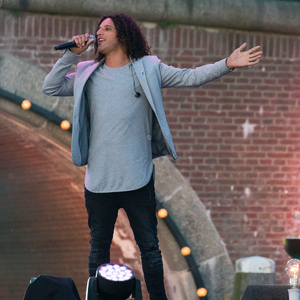