Bambaataa, who took his stage name from the feature film Zulu warriors, first started DJing in 1970. A few years later he launched the music-oriented organization, Zulu Nation. Among the members of this rap-spreading organization who became minor rap luminaries were DJs Red Alert, Jazzy Jay, and Whiz Kid, as well as Afrika Islam. His interests were much diversified ranging from R&B to African sounds, to Latin, Calypso and classical. As for his knowledge in records, it was so profound that earned him the nickname Master of Records. As his DJ-ing career progressed, Afrika Bambaataa has become one of the first to perform break-beat deejaying, and respectfully come to be known as the "Godfather" and the Amen Ra of hip hop culture as well as the father of electro funk. In September 2007, he got nominated for induction into the Rock and Roll Hall of Fame, and in August 2012, he was appointed as a visiting scholar at Cornell University for three years. All in all, his contributions to the musical genres hip-hop electronic, disco, house are endless, just as the accolades he has received. 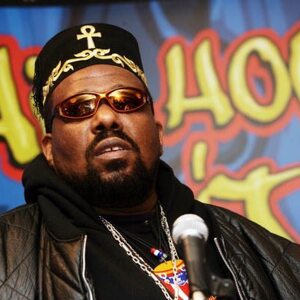