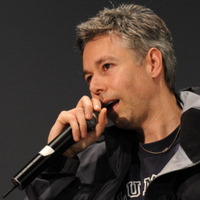 Adam Yauch aka MCA Net Worth

What was Adam Yauch's Net Worth?

Adam Yauch was an American rapper, musician, film director, and human rights activist who had a net worth of $75 million at the time of his death in 2012. Adam Yauch was best known as a founding member of the hip-hop group the Beastie Boys. He was commonly known by his stage name, MCA, and sometimes worked under the pseudonym Nathanial Hörnblowér. Yauch later founded Oscilloscope Laboratories, an independent film production and distribution company based in New York City. Unfortunately, Adam died on May 4, 2012 at the age of 47, after a battle with cancer.

Table of Contents
💰 Compare Adam Yauch aka MCA's Net Worth

Adam Nathaniel Yauch aka MCA was born on August 5, 1964, in Brooklyn. His mother was Jewish and a social worker. His father was Catholic and an architect. He had a non-religious upbringing. He was an only child. Yauch attended Brooklyn's Edward R. Murrow High School. He taught himself how to play the bass guitar during high school. He attended Bard College for two years before dropping out.

In 1978, he formed the then hardcore punk band Beastie Boys with John Berry, Kate Schellenbach, and Michael Diamond. Beastie is an acronym that stands for Boys Entering Anarchistic States Towards Inner Excellence. They played their first gig on Yauch's 17th birthday. Not long after Berry and Schellenbach left the band and Adam Horovitz (aka Ad-Rock) joined. This trio showcased their legendary sense of humor on one of their early tracks, 1984's Cooky Puss, named after a popular Carvel ice cream novelty cake. This rap single featured crack calls to an ice cream shop. Before long, Yauch and his bandmates met Rick Rubin who served as their DJ for a time. Rubin and Russell Simmons, the cofounders of the Def Jam record label, started working with the trio. In 1985, Yauch and his bandmates went on tour with pop star Madonna, a pairing which proved to be a terrible mismatch with Madonna's young, largely female fans, who booed the loud and rowdy rappers. The group fared much better the following year with the release of their first album Licensed to Ill. Their first album is notable for being the first rap record to top the Billboard 200 chart. The album was a huge commercial success, and spawned six hit singles. Yauch was 22 when Licensed to Ill was released. 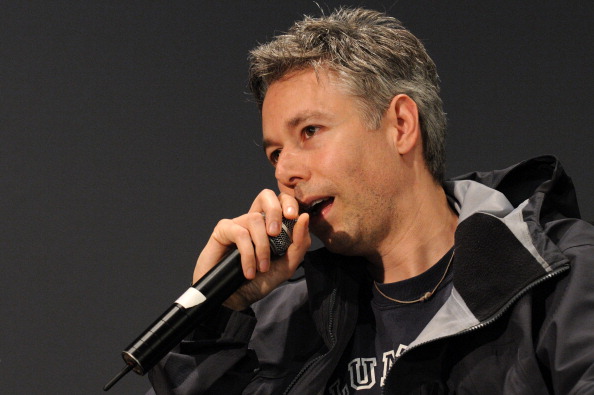 After the success of Licensed to Ill, the Beastie Boys parted ways with Def Jam and signed with Capitol Records.  The group re-entered the studio in 1988, emerging with a more artistically mature second album, Paul's Boutique, released on July 25, 1989 and peaking at number 14 on the US Album Charts. Of the album's two singles, one of them, "Hey Ladies", reached the Top 40, peaking at number 36 on the US Hot 100. Yauch directed many of the Beastie Boys' music videos from this point forward, often under the pseudonym, Nathanial Hörnblowér, whom he claimed was his uncle from Switzerland.

The follow-up album, Check Your Head, was recorded in the band's own "G-Son" studio in the Atwater Village neighborhood of Los Angeles. Check Your Head was released in 1992 and was certified double Platinum in the US and peaked at number 10 on the Billboard 200. The album's first single, "Pass the Mic", peaked at number 38 on the Hot Dance Music chart, while the second single, "So What'cha Want" reached number 93 on the Billboard 100 and charted on both the Rap and Modern Rock Chart.

Ill Communication, released in 1994, saw the Beastie Boys' return to the top of the charts when the album debuted at number one on the Billboard 200 and peaked at number two on the R&B/hip hop album chart. The single "Sabotage" became a hit on the modern rock charts and the music video, directed by Spike Jonze, received extensive play on MTV.  "Get It Together" reached Top 10 on the Billboard. One of the more unusual samples found on the album was the sound of Tibetan monks, which reflected Yauch's interest in Buddhism. Yauch was also involved in the Tibetan independence movement and organized the Tibetan Freedom Concert.

In July 2009, Yauch announced that doctors had discovered a cancerous tumor on his salivary gland. The Beastie Boys canceled their summer tour so that Yauch could focus on getting better. To treat the condition, Yauch had surgery and radiation treatment. The Beastie Boys were inducted into the Rock and Roll Hall of Fame in April 2012. Yauch was unable to attend the ceremony. A few weeks later, on May 4, 2012, Adam Yauch died in New York City at the age of 47.

Yauch was a feminist. In the 1994 Beastie Boys single "Sure Shot", he rapped the verse: "I want to say a little something that's long overdue / The disrespect to women has to got to be through / To all the mothers and sisters and the wives and friends / I want to offer my love and respect till the end," which was an apology of sorts for the lyrics to Beastie Boys hit from the 1980s "Girls."

In 1995, while attending a speech by the Dalai Lama at Harvard University, he met his wife, Tibetan American Dechen Wangdu. They married in 1998 and had a daughter, Tenzin Losel, the same year.

In 1998, during the MTV Video Music Awards, when receiving the Video Vanguard Award, Yauch condemned America's wars in Muslim countries and prejudice against Muslims and Arabs. Artist Cihan Kaan wrote an obituary in Al Jazeera that Yauch was "Muslim Americans' hero, and America's personal Jewish Gandhi", judging his plea to be greater for intercultural healing than the music of later anti-war rappers whose lyrics included anti-Americanism and conspiracy theories.

Yauch became a vegan on the recommendation of his doctors while being treated for cancer.

In 2011, Yauch received the Charles Flint Kellogg Award in Arts and Letters from Bard College, the college he attended for two years. The award is "given in recognition of a significant contribution to the American artistic or literary heritage.

After his death, the Brooklyn Heights park he played in as a child was renamed Adam Yauch Park.