Adam Horovitz aka Ad-Rock Net Worth

Adam Horovitz net worth: Adam Horovitz aka Ad-Rock is an American musician, rapper, producer, and actor who has a net worth of $90 million. He is better known as Ad-Rock or King Ad-Rock and is a pioneering member of the hip hop group the Beastie Boys.

Early Life:  Adam Keefe Horovitz was born in New York City on October 31, 1966, to Doris Keefe and Israel Horovitz. His father was a playwright. His mom was Roman Catholic. His father was Jewish. He and his sister, film producer Rachel Horovitz, were raised secular on Park Avenue in Manhattan.

Career: His musical career started in the punk rock band The Young and the Useless. The band performed with the Beastie Boys. Horovitz took over for John Berry as guitarist for the Beastie Boys in 1982, while he was only 16. Horovitz helped shape the band's new sound, going from their original sound of hardcore punk to hip hop.

The Beastie Boys showcased their legendary sense of humor on one of their early tracks, 1984's Cooky Puss, named after a popular Carvel ice cream novelty cake. This rap single featured crack calls to an ice cream shop. Before long, Ad-Rock and his bandmates met Rick Rubin who served as their DJ for a time. Rubin and Russell Simmons, the cofounders of the Def Jam record label, started working with the trio. In 1985, Ad-Rock and his bandmates went on tour with pop star Madonna, a pairing which proved to be a terrible mismatch with Madonna's young, largely female fans, who booed the loud and rowdy rappers. The group fared much better the following year with the release of their first album Licensed to Ill. Their first album is notable for being the first rap record to top the Billboard 200 chart. The album was a huge commercial success and spawned six hit singles including "(You've Gotta) Fight for Your Right (to Party.)"

After the success of Licensed to Ill, the Beastie Boys parted ways with Def Jam and signed with Capitol Records.  The group re-entered the studio in 1988, emerging with a more artistically mature second album, Paul's Boutique, released on July 25, 1989 and peaking at number 14 on the US Album Charts. Of the album's two singles, one of them, "Hey Ladies", reached the Top 40, peaking at number 36 on the US Hot 100.

The follow-up album, Check Your Head, was recorded in the band's own "G-Son" studio in the Atwater Village neighborhood of Los Angeles. Check Your Head was released in 1992 and was certified double Platinum in the US and peaked at number 10 on the Billboard 200. The album's first single, "Pass the Mic", peaked at number 38 on the Hot Dance Music chart, while the second single, "So What'cha Want" reached number 93 on the Billboard 100 and charted on both the Rap and Modern Rock Chart.

Ill Communication, released in 1994, saw the Beastie Boys' return to the top of the charts when the album debuted at number one on the Billboard 200 and peaked at number two on the R&B/hip hop album chart. The single "Sabotage" became a hit on the modern rock charts and the music video, directed by Spike Jonze, received extensive play on MTV.  "Get It Together" reached Top 10 on the Billboard.

Horovitz was inducted into the Rock and Roll Hall of Fame as a member of the Beastie Boys in 2012.

In addition to his work with Beastie Boys, Horovitz also remixes numerous tracks for other artists under the alias 41 Small Stars. He plays bass in The Tender Moments, the backing band of New York-based cabaret performer Bridget Everett.

In 2014,  Horovitz worked on the soundtrack for the baseball documentary, No No," about the pitcher Dock Ellis.

In 2020, he was featured in the documentary Have a Good Trip as well as the Spike Jonze directed documentary Beastie Boys Story. 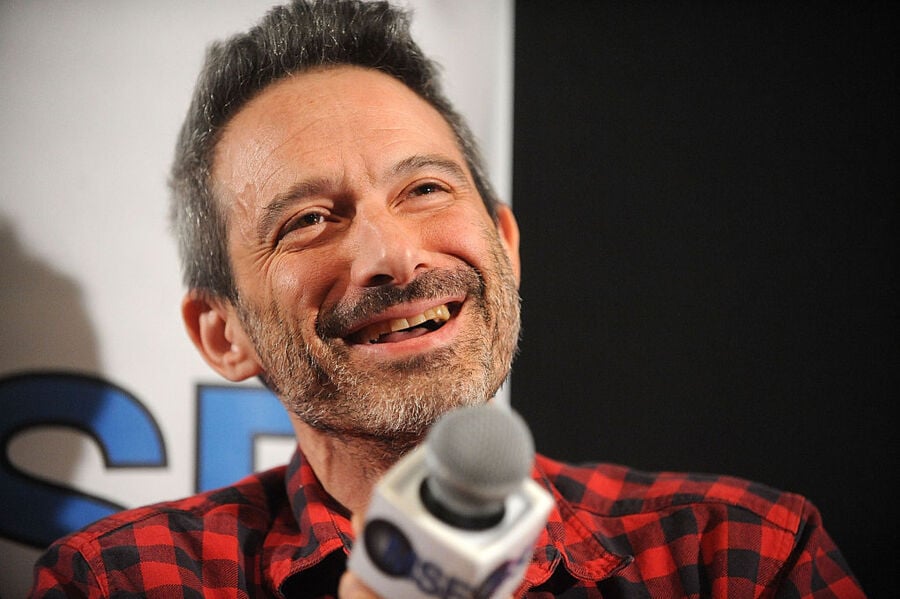 Personal Life:  In the late 1980s, Horovitz was in a relationship with American actress Molly Ringwald. They met on the set of The Pick-up Artist.

Since 1997 he has been involved with riot grrrl artist and Bikini Kill singer Kathleen Hanna; they married in 2006. Horovitz is featured prominently in The Punk Singer, a 2013 documentary film about Hanna's life and career; he even shot a scene himself to show Hanna's distressed reaction to the medication she was taking against Lyme disease.

Horovitz began to wear a medical alert bracelet following the tonic-clonic seizure he experienced in 2003.

He's an avid softball player — for 15 years he's run a friendly softball league with his wife.

In 2016, Horovitz teamed up with the vegan shoe company Keep to design a new sneaker made to benefit Planned Parenthood.

Real Estate: In 2017, Horovitz and Hanna purchased a $1.73 million house in South Pasadena, California. The 1912 Craftsman-style house is a classic example of the architectural style popularized from the early 1900s to the 1930s. It is located about 10 miles from downtown L.A., and has three-bedrooms, 1.5-baths, and sits on a quarter-acre of land. The home is 2,400 square feet. Originally listed for $1.688 million, the sale closed $42,000 more than the asking price. 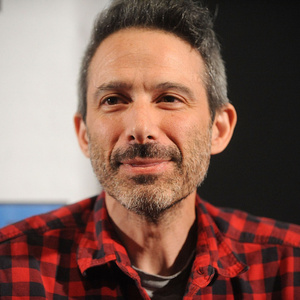